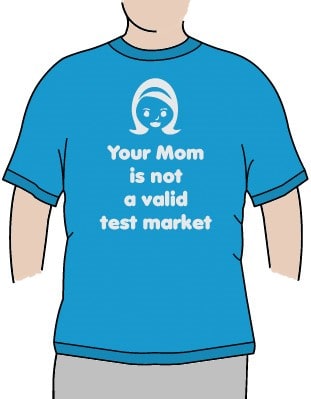 Jason Cohen is an angel investor and the founder of Smart Bear Software. Here is his look at testing your business idea.

I recently reviewed hundreds of startup pitches at Capital Factory, an early stage accelerator program for tech startups. Of those, almost none had unearthed 10 people willing to say, “If you build this product, I’ll give you $X.”

Think about that: Hundreds of people were ready to quit their day jobs, burn up savings and risk personal reputation – all without identifying ten measly people actually willing to pay for what they’re peddling. Short-sighted, no?

Put simply: If you can’t find ten people who say they’ll buy it, your company is bullshit.

They’re understandably scared of being proved wrong, especially now that they’re all worked up about the new business idea, having told friends and family they’re doing this.

The only thing that matters is that people are willing to give you money. Business “experts” can argue all day long that it makes no sense to buy shoes over the Internet, but as long as people give Zappos $1 billion per year, it doesn’t matter what experts say.

When ten people say they’ll give you money if you build this thing, that’s the only validation that counts.