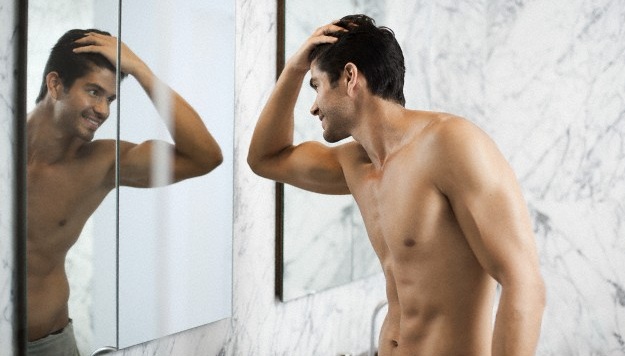 The men’s cosmetics market continues to grow at rapid pace but a brand’s success depends on its ability to adapt to this new customers, which are still reluctant to enter in outlets perceived as a women’s only zone and whose practices are evolving rapidly, as evidenced by the success of electrical appliances.

All surveys point to the same phenomenon: the global market for men’s cosmetics is booming. According to a recent study by Kline & Company, the male skin care market has nothing of a niche market anymore. In this context, even the term “metrosexual” – a portmanteau word that, throughout the first decade of the century, symbolised men’s new behaviour of towards beauty – has turned obsolete. “It used to imply a certain niche group, whereas in 2012, all types of men, in urban and suburban areas, are using male grooming products,” explains Nancy Mills, Consumer Practice Industry Manager at Kline & Company.

Double-digit growth
As far as sales are concerned, it is a real emerging market, with several segments recording double-digit growth rates. Recent figures on men’s grooming tools and products [1] released by The NPD Group, reveal men continue to discover the benefits of keeping up appearances. “Men’s grooming tools are among the largest dollar growth drivers in the overall personal care industry and product categories like men’s facial skincare continue to grow at a fast pace,” says the research firm in a release.