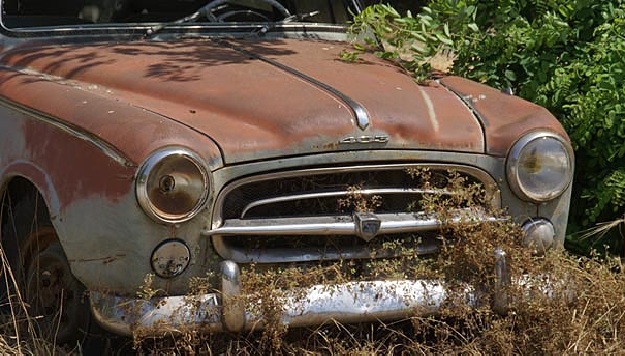 DeRosier has definitely found his niche. He has worked on body work and paint jobs for automobiles for over 42 years. Though he has been doing it since junior high, he is not sure how he decided it was for him.

“I’ve thought about that, but I just like it,” he said, “It’s just something I really enjoy and have passion about.”

Growing up he worked at Pudge’s, the family restaurant owned by his father Harold. He worked on old trucks with friends in his spare time.

DeRosier could think of 50 or 60 old cars that he has restored. However, one stands as a clear favorite, his 1936 Chrysler C7 Airstream Rumble Seat Convertible.

“That’s the queen of the fleet. You can look and look for years and never see one,” he said, “I go to a lot of car shows and people ask what kind it is, because they’ve never seen one.”

DeRosier estimated he puts around 300-400 hours of restoration into each car.