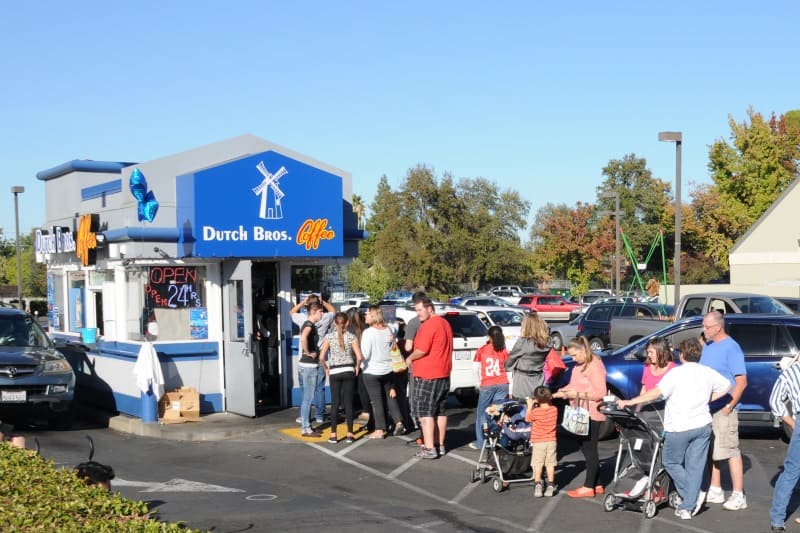 Watch out Starbucks – the Dutch Bros. Franchise is coming to get ‘ya

How are they so different? For one, you can only buy a Dutch Bros. Franchise if you work for the company first. Now that is different but really just the beginning. With that said, what they do at Dutch Bros. is pretty special and might just be worth the effort.

I visited my first Dutch Bros. a few months ago on a friends recommendation. It was amazing and so different than Starbucks. and seems like a great franchise opportunity so I decided to write about the Dutch Bros. Franchise. It is taking the world by storm and I thought you would want to know about it.

On my first Dutch Bros. Franchise visit, I went through the drive up window and was greeted by a VERY nice young man. I mentioned I was a “newbie” and he got really excited and launched into a fabulous campaign of all the ways I could order my drink and the flavors they carry, etc. I told him I was regularly a Starbucks customer and his response was, “this experience will be life changing.” I giggled and thought he was kidding. I realized later, he was not.

My drink was terrific but here is what the Dutch Bros. Franchise did to ensure my quick return.

After giving me my drink, the young man handed me a completely stamped loyalty card for a free drink on my next visit. He said, “This is to welcome you to Dutch Bros. and to ensure we see you again tomorrow.”

Next…just before I drove off, he noticed my dog in the back of the car and asked if I would like a “pup-accino” treat for her. I politely declined, as I didn’t want to pay for it. Then he mentions it’s free. What?? This place is amazing. I accepted and watched him fill a small bowl with whip cream and chopped dog biscuits. Needless to say, my dog loved it and we were both hooked at that point.

I have been to Dutch Bros. almost daily since. I thought maybe I had a really friendly person that first time but that was not the case. Every time I go, I get someone as fabulous, or more so, than my first time. The Dutch Bros. culture seems to be one filled with happiness, product knowledge and making their customer happy. Imagine that! So why should Starbucks worry? Let me tell you about that experience too.

How to Vet a Franchise

So last week I was at Target doing some shopping and I decided to visit the Starbucks for an iced tea. There were two women working and I was the only customer. They were talking to each other and seemed a bit bothered by my walking up. Just for fun, I asked a question about what was in a particular drink. One gal responds with an irritated tone, “how do you mean?” Do you really think she did not understand the question? I moved on and asked if she could make a drink for my dog. She said she could but there would be a charge.

Now I am all for paying for the things I want, it is the rudeness I can live without. I ended up not ordering anything and walking away. Once again I giggled, but this time it was for a very different reason. I just kept thinking…watch out Starbucks.

It seems like a high-quality concept so I wanted to write about it, let you know what the Dutch Bros. Franchise seems to be really doing right and make you aware of it. It could be something to really check out if you are looking for your first or next big business idea.

So what do you do?

So what do you do if there is no Dutch Bros. coffee in your area? My answer would be…move!!

Below is some information, videos and a contact link for the Dutch Bros. Franchise website. Even if you don’t want to open one, but want a great drink at a place that values their customers, it is worth knowing about. Hope it helps!

This video gives a new meaning to the word cool.

Their concept is all about treating people right and delivering excellent customer service and that is truly the way to success!! 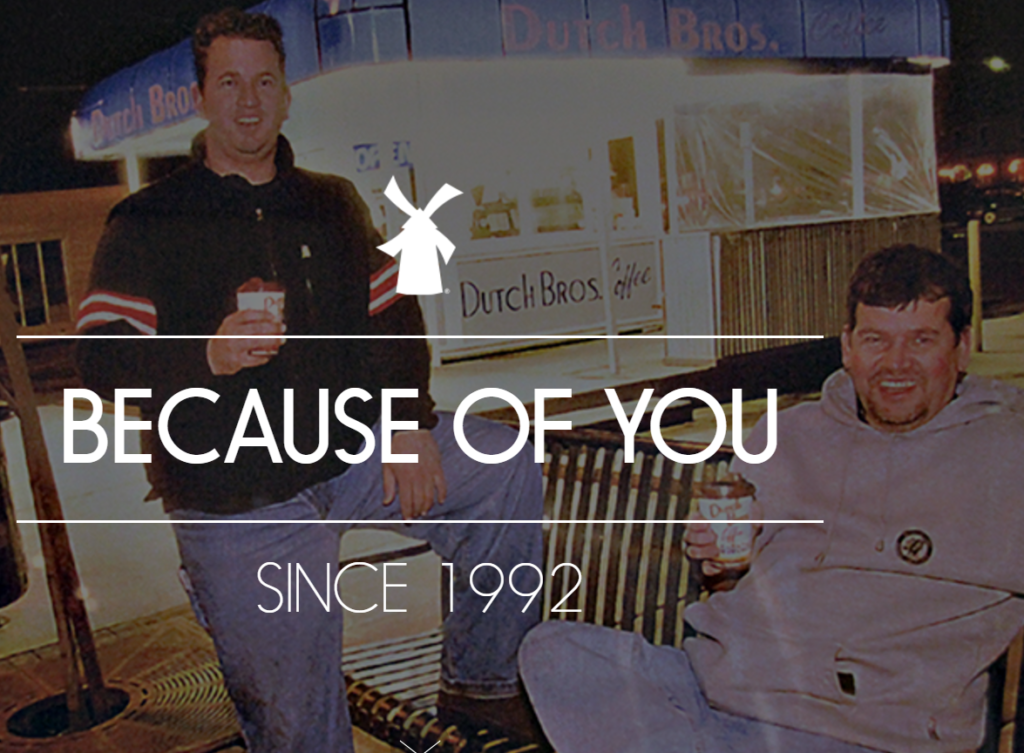