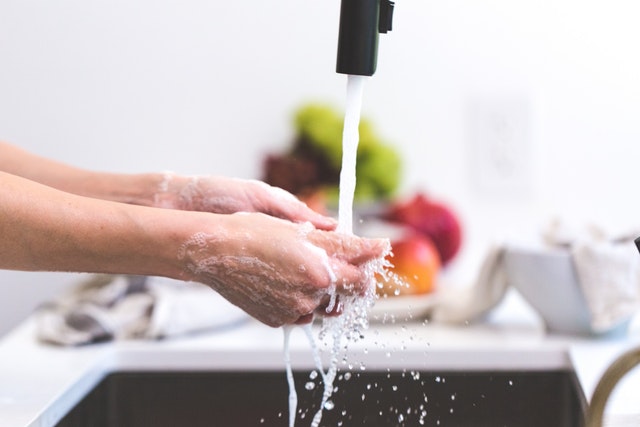 How to Solve the Most Common Dishwasher Problems

Does your office breakroom have a dishwasher? If so, you have probably encountered one or more of the dishwasher problems described below. And when they occurred you didn’t want to waste working hours with trying to fix things on your own, so you might have spent your hard-earned dough to call a technician for service. Now, with the help of this handy guide, the next time it happens you might not have to. Read on to find out more.

It would be fair to say that the dishwasher has slowly but surely become one of the most important appliances in the modernday household.

Once regarded as something of a luxury, nowadays more and more households have one. And those that don’t certainly crave them.

However, as the title of this post suggests, these appliances are anything but simple. Like the washing machine, the refrigerator, and every other appliance you find in your home, dishwashers can develop faults. Fortunately, at least in contrast to some of the appliances mentioned above, these faults don’t tend to be quite as serious.

Certainly, you might still want to take out a plan on the Hotpoint Service website. However, there are some dishwasher problems you can resolve through a do-it-yourself approach. Let’s take a look at these in detail.

RELATED ARTICLE: 15 FUN ACTIVITIES YOU CAN DO WITH YOUR EMPLOYEES

Perhaps the simplest problem of all tends to be the vaguest. Opening the appliance and finding that everything is in the same state as when you turned on the machine is frustrating to say the least. And it can happen frequently.

It’s frequent because it can be caused by a number of things. For example, you might simply have low water pressure. Or you might live in an area where you’re unlucky enough to have water that has a high level of dissolved minerals in it, also referred to as hard water.

On the other hand, some of the causes of this problem could be completely in your control. Try stacking dirty dishes in the machine in a more structured way, for instance. Or clean the filter in the appliance.

Another terribly frustrating problem occurs when dishwasher is just not draining. It’s one of the messiest problems around. However, on the plus side, you don’t always have to call someone to repair it for you.

There might be occasions when the drain hose is damaged and needs replacing. On the other hand, the hose might only be bent or blocked.

A damaged or worn-out pump could be one of the more serious causes. This tends to be the case if the appliance has been making a strange noise.

A lot of the time when the dishwasher won’t drain, it might just be that the drains in the building are blocked. This, too, is something that is within your control, even if it’s not the most pleasant DIY job in the world.

This is probably one of the least common problems on this list. However, considering the frustrations it prompts, it’s one that needs to be rectified as a matter of urgency.

Sometimes, it’s just because you have used too much detergent. When this happens, the catch on the dispenser can become stuck and the detergent won’t be able to find its way to the dishes.

More often than not, this problem happens when the spray arm isn’t working properly, though. The spray arm can become blocked and therefore unable to dispense the solution. This is one of the easiest parts to fix and generally involves poking out the holes on the spray arm with a toothpick.

The next time you have dishwasher problems in your office breakroom, perhaps this handy guide will remind you that you might be able to save yourself some money by fixing those problems yourself.