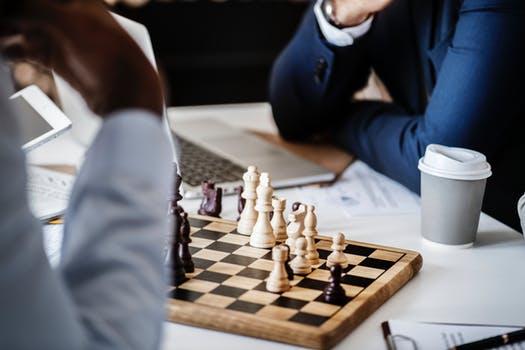 All leaders should be constantly looking at ways of improving their team’s skills, abilities and output. From politics to sport and music to technology, standing still and churning out yesterday’s performances no longer washes. Business is no different, whether you’re striving to keep up with your competitors or leading the way, equally if you’re disrupting a market or are seeing new disruptors challenge your position. There are always ways of benefiting your business – let’s take a look at how these skill games can do just that. 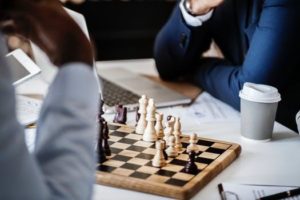 The ultimate head-to-head skill game has been around for nearly 1500 years and to this day it is believed that over 605 million adults play chess regularly. It requires you to attack and defend simultaneously whilst forcing you to think numerous moves ahead for yourself. However, your opponent is sitting sometimes less than a metre away following their own strategy and attempting to predict what your tactics are. You’ve got to solve problems in real time whilst retaining patience and calmness under pressure. The more experienced players will start to recognise patterns and moves – all great skills to take into business, particularly if there’s only one winner and loser.

How many times have you looked to launch a new product or service only to see that your competitors have already done it? Is there anything more infuriating than knowing that you were perfectly placed to take advantage of that now closed gap in the market? Created in 1938 by American architect Alfred Mosher Butts, Scrabble forces you to make the most of the resources at your disposal. There’s no opportunity to go out and recruit that outstanding Head of Sales to replace your tired incumbent. If you’ve only got low scoring letters then you’ve got to use them alongside the big letters on the board, doubling and tripling at every opportunity. You’ve got to block your opponents whilst maximising every chance that comes your way! 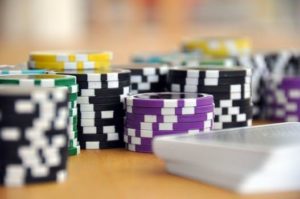 There are very few things in life which have never been likened to a game of Texas Hold’em poker. The simple reason for that is that it teaches you great skills which you can then apply across the board, particularly in your business. By learning Texas Hold’em you are developing your skill set all the time. You’ve got to pay attention to the smallest of details, how many chips do your opponents have left, was the player opposite you bluffing in that last hand, why did the guy on your left raise you so quickly? Crucially you’ve got to have the ability to adapt, you could go from a terrible hand to a royal flush in a matter of seconds. Nothing in Texas Hold’em or business stays the same.

Developed by Focus Games, NHS Education for Scotland and Talking Mats themselves, this communication game is fun and easy to play.  Comprising of 35 question cards, 13 scenario cards and ten activity cards, the game can be played between four to 12 players. It allows players to reflect on experiences and learn from each other’s knowledge whilst encouraging reflective discussion. As we all know, poor communication can be fatal in any business in any sector. Internally and externally, you’ve got to be able to find the right ways of getting your message across. This benefits the communications skills of individuals and teams, resulting in a big win for your business.

A dice game of strategy and bluff which originated in the Andes and takes its name from the Spanish word meaning “I doubt”. When playing Perudo you need to be able to out-think your opponents and in some cases, take them out! Unlike some similar skill games, Perudo can be over as quickly as it starts. One minute you’ve got all your dice and you’re dominating the table, the next you’re all out of aces and out of the game. As with business, sometimes you’ve got to bluff, predict and make those important calls. If you don’t then there’s someone else ready to pounce and win.

Skill games develop existing abilities and open up the possibilities of acquiring crucial wins across your business. Whether you’ve got to keep a close eye on your opponents or get that new recruit up to speed, there’s a skill game which can help you do it.

OSHA Violations: How to Protect Your Business