Business Opportunities
Home Capital Sources Stellar Lumens: What Is It and Why Is the Market for It... 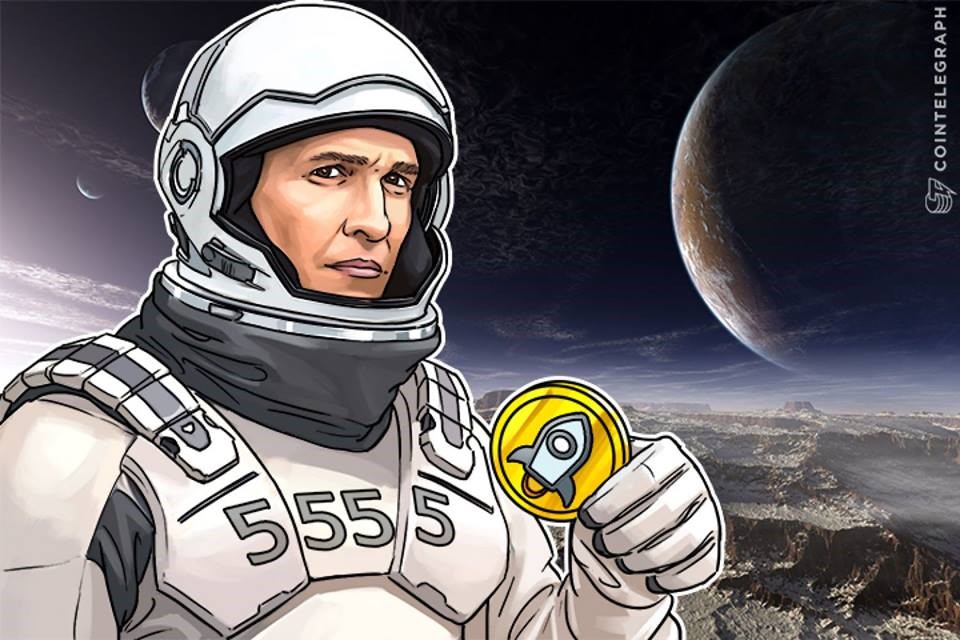 When the popular altcoin known as Stellar Lumens was first launched, it didn’t receive nearly the amount of attention it receives today. However, the price of Stellar Lumens has skyrocketed over time. As a matter of fact, its swift rise has prompted crypto enthusiasts to herald it as one of the best cryptocurrency investments in 2018.

RELATED ARTICLE: WHY IT’S NOT TOO LATE TO INCLUDE CRYPTOCURRENCY IN YOUR BUSINESS

Where Does the Coin Hail From?

Created in 2014 by Jed McCaleb, Stellar is one of the fastest-growing payment networks in the world. It is decentralized, and it operates on the Ripple protocol. The company even launched a nonprofit organization known as the Stellar Development Foundation. The foundation works to fund up-and-coming cryptocurrency projects. In this way, they help usher in progress and facilitate change. The foundation’s focus is not only the cryptocurrency industry but also the real world.

In addition to the successful payment network and the nonprofit foundation, the company also claims credit for the popular altcoin Stellar Lumens.

Stellar Lumens is designed to function on the Stellar protocol. Its founders’ eventual bold aim is to unite all the global currencies into one universal payment network.

However, it’s important to note that Stellar Lumens is still fairly new. It hasn’t been around as long as other cryptocurrencies. Accordingly, only an estimated 20 percent has been mined so far. That’s a good thing from an investor’s point of view. It means there is a lot of room for the price to increase in the coming years.

Because of this factor, 2017 was a big year for Stellar. And 2018 is likely to be even better. For example, in 2017, the coin’s value rose from $0.002 to $0.50 USD. It also became more accessible once CEX.IO officially listed Lumens. In 2018, investors are likely to see another surge in the coin’s popularity. That’s because it will likely begin to be adopted and implemented in the real world. This will make it more accessible to the average person. Perhaps one day soon you will even decide to accept it as payment in your small business.

It’s Still a Bargain for Investors

The exchange code for Stellar Lumens is XLM. Given the fact that the current XLM to USD exchange rate is $0.35, Stellar Lumens is a great deal for investors. It’s also a good investment for anyone who might be interested in getting their hands on cryptocurrency without breaking the bank.

IBM Is Using It in the Real World

When a large company like IBM announces a partnership with your product, others usually take notice.

This is what is happening with Stellar. Last fall, IBM announced a partnership with Stellar. In their press release about it, they mentioned plans for producing solutions to accommodate cross-border banking. As things stand now, transferring money across borders can be an expensive, time-consuming process. It typically requires banks to tie up big chunks of money until a transaction clears.

Stellar Lumens would simplify the current process. That’s because the currency can transfer and settle transactions more quickly and less expensively. This streamlines the process for banks and customers alike.

A New System Is in the Works

Not long after IBM made its announcement, it began testing out a new system in Australia, the UK, and New Zealand. According to McCaleb, Stellar’s co-founder, the new systems are working well. About 30 different banks have implemented the system. What’s more, banks throughout the three countries are likely to sign on during 2018 and beyond. In fact, it’s IBM’s hope that the new system will process at least 60 percent of cross-border transactions in the South Pacific as 2018 progresses.

But improving the existing system isn’t all that IBM plans to do now that it has partnered with Stellar. In addition to streamlining international transactions, the company wants to eventually expand the system until it incorporates regular day-to-day transactions. IBM even wants Stellar Lumens to play a role in facilitating loans.

Thanks to the introduction of an ATM at the Singapore FinTech festival in November 2017, more people can now access Stellar Lumens. During the demonstration, interested investors and other cryptocurrency enthusiasts watched as a user fed Singapore dollars into the ATM. This allowed the operator to purchase XLM, which the ATM sent to the operator’s wallet address.

During the demonstration, the operator also withdrew Stellar Lumens from the wallet address in Singapore dollars. This technological advancement excited investors and even high-ranking officials at IBM. Many now wonder what else can be possible with Stellar Lumens, especially where fiat currencies are concerned.

For example, Michael Dowling, a CTO at IBM, noted his excitement about the technology behind the ATM because it will make it easier for people to use fiat currency to buy Lumens. It’s just another way of making XLM more accessible to the general public. This is necessary if Stellar and IBM’s plan of making Lumens a universal currency system is to succeed.

Other Companies Are Taking Notice, Too

IBM isn’t the only entity interested in Stellar Lumens, though. In fact, SatoshiPay recently chose Stellar over Bitcoin. Their decision was based on the fact that Stellar has a proven track record of making processing systems quicker and more efficient. In addition, it is a more affordable option than Bitcoin, and it offers superior security.

Stellar Is in for Another Stellar Year

These are only some of the reasons why the acceptance of Stellar Lumens is growing. Further, they demonstrate why many in the industry are predicting that Stellar is in for another busy, successful year.

The altcoin will continue to add more real-world applications. This will make it more accessible to average individuals and investors alike. Therefore, XLM will likely soar past the successes of some popular cryptocurrencies in the industry.