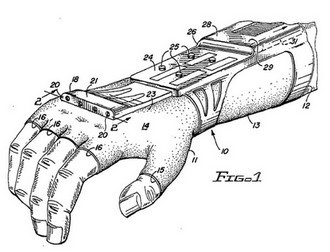 A design patent protects the ornamental appearance of a physical product.

A utility patent protects how the product works, or possibly the steps used to manufacture it.

For example, automotive rims often are protected with design patents.

You cannot get a utility patent on what is basically a wheel and therefore already in the public domain.

Design patents often receive a lot of flak, and not just because they are weak and easy to design around.

Invention-promotion companies frequently sell design-patent applications to unsuspecting inventors who do not understand that patents come in two basic flavors.

Because design patents are relatively easy and quick to prepare, inexpensive to file, and allow the inventor to legally say “Patent Pending,” invention-promotion companies tend to be the biggest advocates of design patents.

Everyone is happy, until the inventor ultimately learns that a design patent is weaker than a utility patent.

Yet under the right circumstances, inventors should consider filing a design patent.

Nearly 90 percent of design-patent applications are allowed and about 85 percent of these don’t receive any type of U.S. Patent & Trademark Office rejection.

Utility patent applications are only issuing at the rate of about 40 percent, even after multiple office actions, and typically two to three years to obtain.

But if you file a design patent, there’s a good chance that 12 to 18 months later it will actually issue and you will be able to stop competitors who are blatantly copying your invention.

Is Process Automation Right for Your Business?

How Restaurants Can Stay in Front of Changing Demands