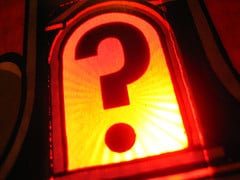 I’ve never been much of a manager myself. That’s no big deal, of course; lots of people aren’t managers. In my case, though, people expected me to be, because I’ve had a lifetime of successful entrepreneurship. But entrepreneurship and management are different things. Stated on BPlans.com.

I recently read over Tim Berry’s post on what makes a good manager and I found some of his points to be quite interesting. Everyone wonders what makes a good or great manager at some point, especially if they are the one’s in the managers position. Is it that the manager has respect? Is a good manager someone who has both enemies as well as allies?

In my opinion I think a good manager is made up of several different qualities. Someone who yes, can get thing’s done in a timely manner, delegate well to others, do the companies bidding, and someone who is well liked but also has enemies. Yes, a manager no matter how nice they are will have at least one enemy floating around somewhere, it’s impossible not to have an enemy. You will never be able to make EVERYONE happy in business or life even being in a managers role.

What do you think makes for a good manager?