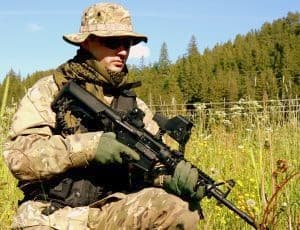 Helped by tough economic times, the US military had a banner year for recruitment, meeting all its goals for the first time since creating an all-volunteer force in 1973, AFP is reporting.

High unemployment, which just hit a 26-year-high of 9.8 percent, helped recruiting as well as a multi-billion dollar effort to attract volunteers to serve in uniform, officials said.

“We’re pleased to report that, for the first time since the advent of the all-volunteer force, all of the military components, active and reserve, met their number as well as their quality goals,” Bill Carr, deputy undersecretary for defense for military personnel policy, told reporters.

The recruiting success comes at a time when the military is stretched fighting wars in Iraq and Afghanistan, with some soldiers serving in four or five successive combat tours.