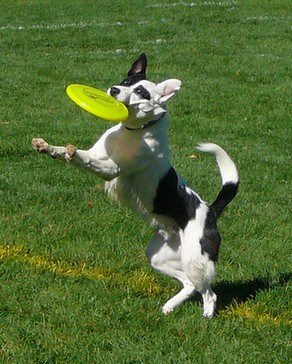 It’s a sign that the economy is slowly improving, but at least it’s a start: Wham-O is bringing back half of its Frisbee manufacturing to the United States from China, reports WalletPop.

Kids in China may someday turn over their Frisbee and find “Made in America” on it. What a twist that would be!

The toy manufacturer is bringing half of its Frisbee production to the United States — specifically Lompoc in Southern California — adding eight jobs to the economy. California has 12.3% unemployment, so every bit counts.

“It’s good to bring them back,” Wham-O Chief Operating Officer Mike Rosales told WalletPop in a telephone interview. “We just have better control (locally). It helps the economy and it helps to have a smaller carbon footprint.”

For a company that sells millions of Frisbees every year, it’s a move that will save Wham-O money in the long run as production is streamlined with other products that Manufacturing Marvel makes for Wham-O. Labor costs are higher in the United States, but there isn’t much labor involved beyond packaging because machines do a lot of the work.