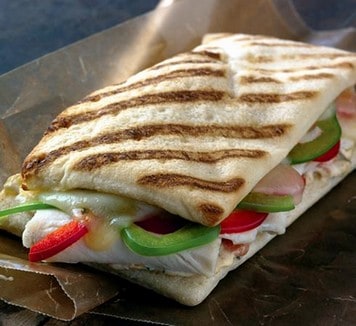 USA TODAY reports that the usual January diet drill has an unusual proponent in 2010: the fast-food industry. Many of the nation’s largest fast-food chains – better-known for their often fatty, high-calorie foods – are loudly touting diet and low-calorie offerings.

Familiar brands from Taco Bell to Starbucks to Dunkin’ Donuts are rolling out new products and ad campaigns in an attempt to lure calorie-conscious consumers during the month when the $170 billion fast-food industry typically sees sales slide.

The January diet rush isn’t limited to fast food. Applebee’s just rolled out a menu with five entrees under 550 calories. But fast food is the culprit consumers most often link to fast calories. So, does it make sense for a dieter to go out for fast food?

One nutritionist offers a cautious maybe. “Just because something is ‘low-cal’ doesn’t mean it’s good for you,” says Alice Lichtenstein, nutrition professor at Tufts University. But with the current obesity crisis, she says, “It doesn’t really matter where you get your food from. What’s most important, in the long run, is the total number of calories you consume.”