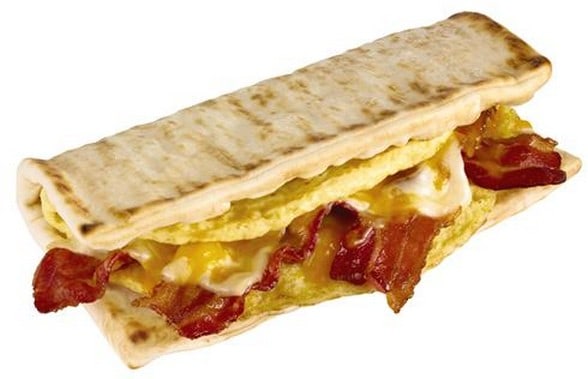 Subway is joining the increasingly crowded breakfast scramble in a move that the sandwich chain hopes will help add customers and sales, The Associated Press reports.

After years of testing, almost all of Subway’s 23,000 U.S. restaurants will begin selling the meal on April 5. When they do, the nation’s largest restaurant chain by number of outlets will be a big player in the breakfast game, which can be profitable if done right.

Sandwiches will be served on English muffins, flatbread or sub rolls.

Breakfast has become a popular addition to fast-food chains in recent years as companies clamor for diners. Since coffee, eggs and other breakfast ingredients often come cheap, the meals typically can rake in big profits for restaurants.

While heavyweight McDonald’s promotes its new dollar breakfast menu, other competitors are getting into the mix. Among them: Taco Bell and Wendy’s, which are both testing breakfast menus.

According to research firm NPD Group, the number of customers buying breakfast at fast-food restaurants slipped 2% in 2009. Even so, that’s better than the 5% decline recorded at dinner.

But that’s not keeping restaurant chains from trying. Restaurants added more than 460 breakfast items to menus in 2009, according to market researcher Mintel. That’s more than in 2008 and 2007.