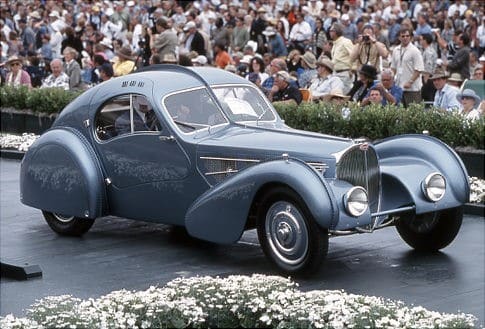 The world’s most expensive car was sold at auction for a price between $30 million and $40 million.

The 1936 Bugatti Type 57SC Atlantic, which the Daily News describes as “curve-alicious,” is one of three French deco models that debuted in Paris in 1935. Designer Ralph Lauren owns one of the others.

The Bugatti is “one of the world’s most significant and valuable automobiles that has been in a private collection and rarely seen during the past four decades,” David Gooding, the auction house’s president, said in a statement.

Neither the specific price tag nor the new owner’s name were released by the auction house.