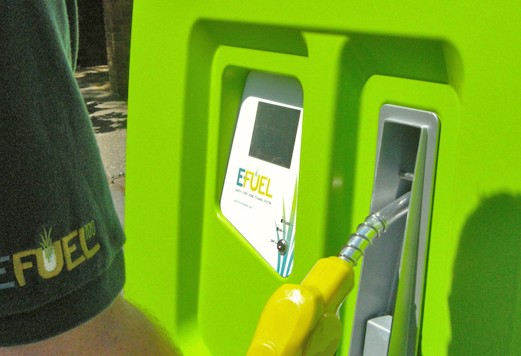 Tom Quinn isn’t the kind of entrepreneur who needs help getting his ideas in front of the right people. So why is he pitching his latest idea–a portable system to convert food scraps and other waste into ethanol–on a website frequented by basement tinkerers and dorm-room startups?

Bloomberg Businessweek reports that Quinn’s E-Fuel is among more than 1,000 companies, inventors, and students vying for funding in a General Electric contest called the ecomagination Challenge. A half-dozen winners will get cash prizes of up to $100,000. More significantly, GE and four venture capital firms plan to invest $200 million in the best clean-technology ideas entered in the contest.

GE’s contest is one of at least a dozen similar programs sponsored by corporations casting a wider net for new business ideas, in the process creating opportunities for entrepreneurs. Such contests have “just exploded,” says Jay Rao, a professor of innovation at Babson College in Wellesley, Mass.

Cisco Systems, Netflix, and PepsiCo have launched competitions to incorporate outside ideas into their businesses, offering winners cash prizes or partnership opportunities. Procter & Gamble, Starbucks, Dell, and others have pages on their websites where entrepreneurs or customers are encouraged to suggest new products. Procter & Gamble says it has licensed more than 1,000 ideas through its open innovation program, including some submitted via its website.

GE is the first to meld an open call for ideas with such a large commitment to invest in outside companies. Anyone is welcome to submit ideas on the ecomagination website, and the public and competitors can scrutinize, comment, and vote on them.