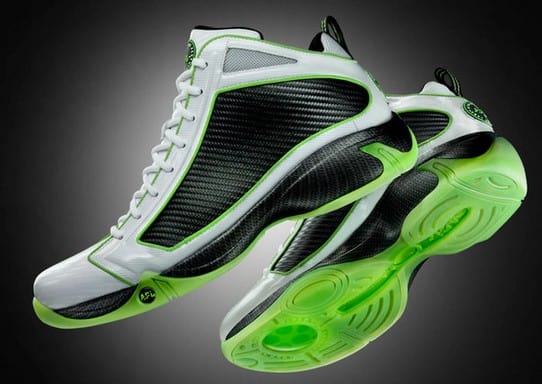 According to Wired, the Concept 1, a $300 basketball shoe that features a proprietary springlike device under the balls of the feet, has been banned by the NBA since it may, in the words of a league spokesperson, give players an “undue competitive advantage.”

Called Load ‘N Launch, the feature was developed by Athletic Propulsion Labs, a Los Angeles startup, and is designed to help players “increase vertical leap instantly,” according to the company’s website.

When news of the rejection trickled out Tuesday, the response from the public was swift. APL’s website crashed under the load of all the server traffic, and the shoes are now prominently placed on the front of the company’s website.

APL was started by twin brothers Ryan and Adam Goldston, who were both walk-ons for the University of Southern California men’s basketball team. They’ve said that their Concept 1 shoe had garnered interest from roughly a third of the NBA’s incoming rookie class. (And that’s where it could’ve gotten dicey, since most – if not all – professional hoops players have shoe contracts with companies like Nike and Reebok.)