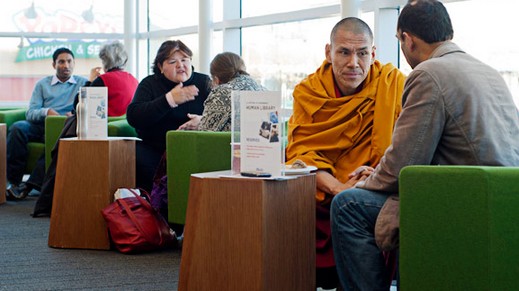 The Human Library Project aims to break down prejudice barriers by creating settings where people of different backgrounds can engage in conversations according to a report in Yonge Street Media.

The idea of a Human Library first emerged in Copenhagen about a decade ago, as a way to break down prejudice by bringing people of different backgrounds together for one-on-one conversation.

The Toronto Public Library held its first Human Library event at five branches on Nov. 6, attracting more than 200 users who checked out the likes of a police officer, a comedian, a sex-worker-turned-club-owner, a model and a survivor of cancer, homelessness and poverty.

They’re all volunteers whose lives would make good reading, but even better one-on-one chatting.