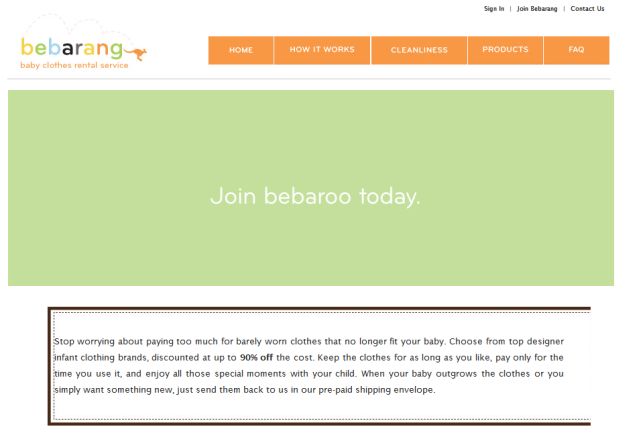 According to The Detroit Free Press, Allen Kim found out in mid-September that he won the College Entrepreneur of 2010 award. It is an honor that hasn’t yet lost that special feeling.

“I really can’t believe it,” said Kim of Ann Arbor, who created a company called Bebarang, which he describes as similar to Netflix because it allows parents to rent baby clothes. “On the one hand, I’m extremely proud of our team and what we’ve accomplished in the last year.”

But then, he said, the normal realities of operating a business, such as dealing with an unsatisfied customer, keep things balanced.

“We have so much work that’s laid out in front of us,” Kim said.

Kim and his company, originally called Bebaroo, were featured in a Free Press report in August about college entrepreneurs. He developed the idea after his aunt, who had recently had a baby, complained about the high cost of clothes for babies who would quickly outgrow them. He launched the company earlier this year with U-M graduate student Luis Calderon.

When he graduates in the spring, Kim plans to make Bebarang a full-time job.

“Being a student really kind of limited my availability with the company,” Kim said. “I’ve always been an entrepreneur by heart. I really wanted to do something that I truly believe in.”