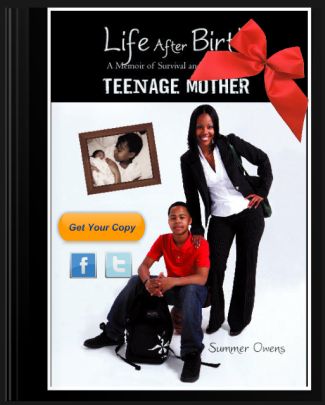 Summer Owens found herself pregnant at just 15 years old, and she no longer could be a child. Unfortunately circumstances lead her to where she was, but she didn’t let that stop her from reaching her full potential. According to The Commercial Appeal, Summer has self-published her own book titled, “Life After Birth: A Memoir of Survival and Success as a Teenage Mother.” She discusses the struggle she faced, her time in college, as she worked to better herself.

It is meant both to inform girls about the consequences of sexual activity and to encourage those who find themselves traveling her path.

Owens knew early on she wanted to finish school, enter college and have a career. Out of school for six weeks with her baby, she struggled to catch up with her class at Jackson Central-Merry High School. She moved in with her grandmother and at age 16 took a part-time job as a fast-food server. She would get up at 5 a.m. to make bottles, attend school and after-school meetings, go home, tend the baby, do homework, go to her job, return home, tend the baby again and finally hit the sack about midnight.

Soon she added a weekend job as a restaurant hostess and continued this schedule until she graduated. “Babies are expensive, and we needed the money,” she said. Meanwhile, Owens also was the school yearbook editor and served on the student council.

“I cried a lot, and a lot of times I wanted to give up,” she said. “But I have a strong faith.” She also cited “the silent strength of my mother and grandmother. They didn’t say a lot. They weren’t cheerleaders. But they were there for me. No one told me I couldn’t do it.”

Screenshot from Life After Birth