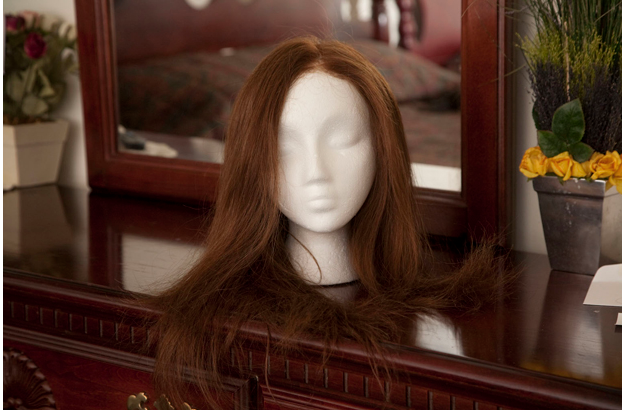 TripleCanopy has up a great profile of a 40 year old woman who has been making wigs for Orthodox Jewish women since 1995: >The market for human hair is generally limited to places with impoverished populations willing to sell a two-foot ponytail — the product of two years of growth — for twenty dollars. Dark hair comes primarily from South America, India, and Mongolia. Helene says that the ample selection of hair colors and textures in South America — the result of more than twenty-five generations of intermarriage between Europeans and indigenous people — make it the ideal source region. The hair of indigenous Peruvian women is thick, straight, and black-perfect for the lace-front wigs sought by black women, who have come to represent the majority of Helene’s business — and is worn in two braids that often stretch all the way down their backs and are plaited with tassels made from Alpaca wool. Orthodox women prefer the silkier, finer texture of Argentinean hair, or else the more rare blonds and reds from eastern Europe and Russia (generically labeled as “European” hair), which garner one hundred dollars per two-foot strand. “The European hair is very bouncy,” Helene says. “It’s just characteristic — like some people have blue eyes, some people have dark eyes. With Indian hair, the bottom is poofy and doesn’t move that much. For a wig to look natural, we need the bottom to be bouncy.”