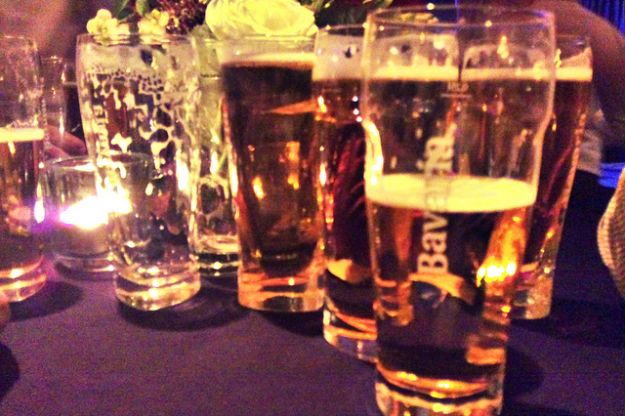 Enterpreneur recently releases a list of the best business bars. Whether you want to rub elbows with investors or hear the latest business gossip.

Elixer in San Francisco is the best bar for business gossip.

among entrepreneurs, venture capitalists and folks in green business, “H,” as he’s known, is most renowned as the Bay Area’s best bartender if you’re on the market for some work-related gossip.

Maybe it’s because he’s a good listener. Maybe it’s his MBA from Thunderbird. Or maybe it’s those green business happy-hour events he hosts on the second Thursday of every month. Whatever the reason, customers feel comfortable chatting with H. And H is happy to spill.

Copa d’Oro in Santa Monica is the best bar for networking.

The soft lighting and antique metal-wood-leather scheme makes Copa a winner on looks alone, but cash-conscious entrepreneurs will appreciate the bar all the more for its extended happy hour–5:30 to 8 p.m.

Copa is busy without the hassle, has a simple menu and is “quiet enough but still cool,” says Patricia Handschiegel, serial entrepreneur and founder of Chic Market.

Tom & Jerry’s in New York City is the best bar for meeting VCs.

Free Wi-Fi, homemade Chex mix and a binder of local take-out menus are among the on-the-record reasons why young social media mavens and entrepreneurs hang here (and, in the summer, the refreshing cucumber-lime cocktails are a big draw, too).

Naturally, this clientele also has attracted venture capitalists looking for the next Mark Zuckerberg, making T&J’s our favorite bar in which to get an idea funded. Insider gossip suggests that dozens of funding deals–including some with more than six zeroes in front of the decimal point–have been hatched at the long mahogany bar.