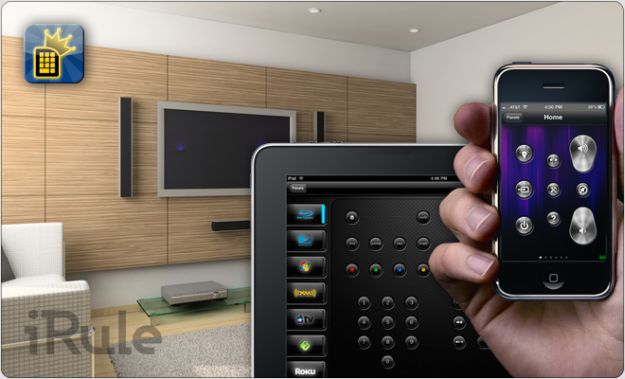 Ever wonder why you can’t control your television with your phone? Well, iRule is an app that will let do you exactly that, and more.

A plan to make $2,000 each last year on the side by developing and selling software for a universal remote control app for iPhones, iPads and iPod Touch has morphed instead into their company, iRule LLC, with serious funding, international sales and a revenue stream that already has it in the black.

The app itself is free, but the company sells the proprietary software needed to run it and also sells at a small markup the third-party hardware that provides the infrared signal electronic devices operate on. The software and hardware each have a basic cost of $100, although the software scales up in price depending on the complexity of the system it’s operating.