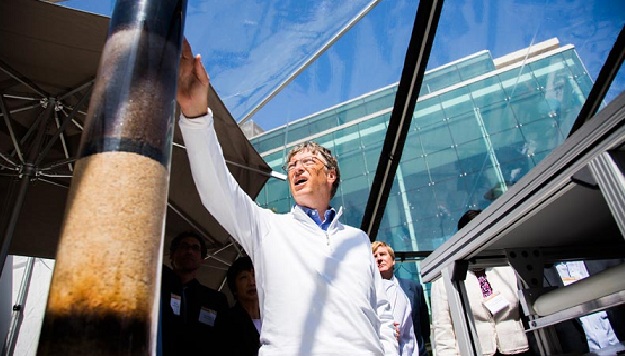 More than 230 years after a Scottish watchmaker called Alexander Cummings patented the flush toilet, Bill Gates yesterday handed $100,000 to a team from the California Institute of Technology who believe their invention goes one better.

Flush toilets, Gates wrote in a recent blog, “are irrelevant, impractical and impossible for 40pc of the global population, because they often don’t have access to water, sewers, electricity and sewage treatment systems”.

A toilet in the developing world is often no more than a hole in the ground, otherwise known as a pit latrine. When there is no practical way of emptying it, its users must dig another, or defecate outdoors.

The world’s richest man, who is also the planet’s most generous philanthropist, has set inventors the challenge of developing a lavatory that will work in the most deprived and impoverished environments. To qualify, the prototypes must operate without running water, electricity or a septic system; must not discharge pollutants; and cost no more than five US cents a day to run. If they also provide a bonus in energy or other resources, even better.

The Best Industrial Doors for the Food Industry

How to Choose the Best Cell Phone Holder for Your Car