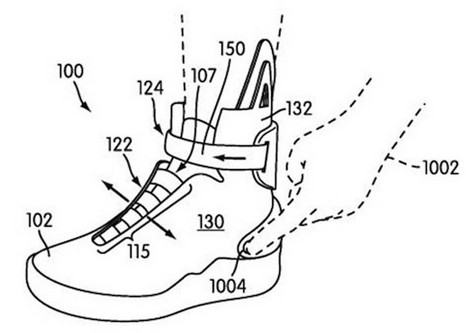 Well, the scene must’ve had a lasting effect on Nike, because as the real year 2015 approaches, the company has filed a patent for an automatic shoe-lacing system that eerily resembles the one scene here:

Editor’s Note: Isn’t the movie clip considered prior art and thus the patent should not be issued?