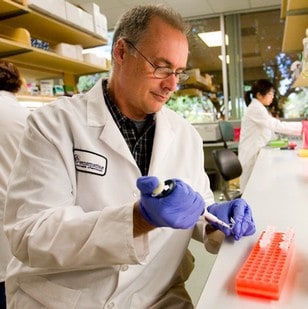 Fast Company reports that Genomatica, a startup best known for figuring out how to make spandex from sugar cane and E.coli, has a new trick up its sleeve: producing chemicals from trash.

The startup, which relies on microbes to turn renewable feedstocks into major market chemicals, recently patented a method to use synthetic gas as a feedstock.

Syngas is often less expensive than other renewable feedstocks–and it can be sourced from municipal solid waste and biomass, including switchgrass, wood waste, agricultural waste, and dairy waste.

Before Genomatica’s discovery, converting syngas to chemicals could only be done through expensive and energy-intensive techniques. Now Genomatica claims its process is on par with the cost of producing chemicals through traditional oil-based means.

The syngas process isn’t quite ready for commercialization, but Genomatica has performed proof of concept work in the lab. “We will have additional announcements in the next handful of months,” Weiss says.