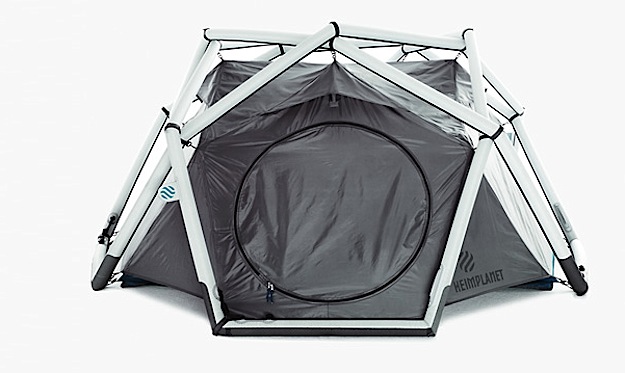 I’ve been dreaming of something like this since my Boy Scout days: a German design firm called Heimplanet has created an inflatable tent.

The Cave is a next-gen tent framed by five modular double-layer air beams, giving the structure the appearance of a tiny geodesic dome. The tent sleeps about three people and can seat up to six. Assembly is accomplished by simply pumping it full of air, which takes about a minute. Although the tent might give you the sense of camping on the Moon for a fraction of the price, the tent itself isn’t cheap at $630 a piece.