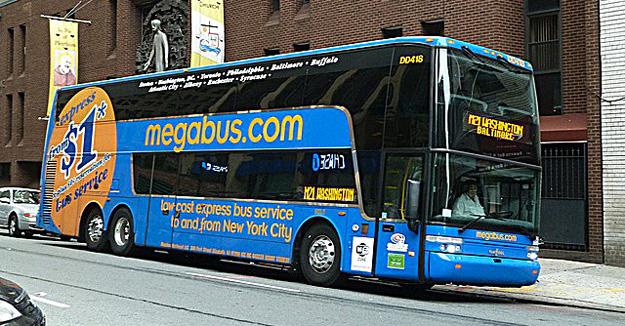 When libertarians and bright-eyed liberals talk privatization, one of the things that the liberals always ask is “how can we possibly privative public transportation?”

One word: Megabus. Megabus is a city-to-city, express bus service. Their regular price for a round trip ticket between Washington DC and New York City is $8 per person. Compare that to a one-way ticket on Amtrack ($80) or Acela Express ($142).

Economist Mark Perry had this to say about the company:

Megabus is a great example of a competitive, flexible, low-cost (sometimes free), consumer-driven, market-based solution to inter-city transportation that has thrived without any government subsidies, tax breaks or taxpayer funding. Contrast that alternative to government transportation options like Amtrak and high-speed rail proposals that are the opposite: non-competitive, inflexible, high-cost, politician-driven, and not market-based, requiring massive amounts of taxpayer funding and subsidies.