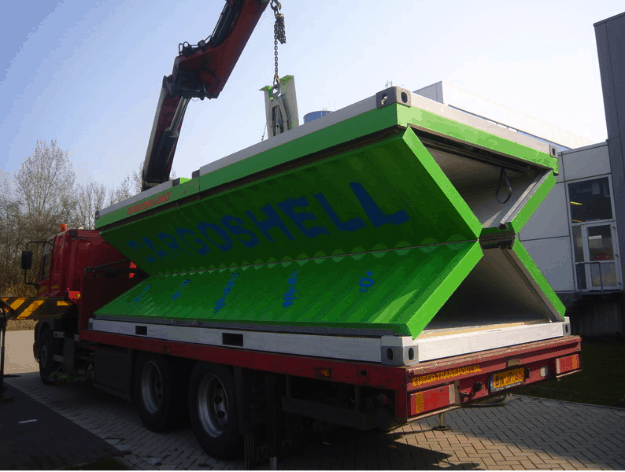 Overhauling an industry of which you know little is not easy, but neither is it impossible. In 1956 Malcolm McLean, a trucker from North Carolina, launched the first â€œintermodalâ€ shipping container, which could be transferred easily between lorries, trains and ships. It revolutionised the transport of goods by abolishing the traditional (and back-breaking) system of â€œbreak bulkâ€ loading, and thus helped oil the wheels of globalisation. Now another outsider to the shipping industry is trying to get a similar change under way.

Rene Giesbers, a heating-systems engineer from the Netherlands, has invented a collapsible plastic shipping container which, he hopes, will replace McLean’s steel design. Because it is made of a fibreglass composite, it weighs only three-quarters as much as a standard container butâ€”more importantlyâ€” when it is empty, it can be folded down to a quarter of its size. The composite is more resistant to corrosion than the steel it replaces, is easier to clean and floats. It is also greener to manufacture. Making one of Mr Giesbers’s containers results in just a quarter of the carbon dioxide that would be generated by the manufacture of its steel counterpart.