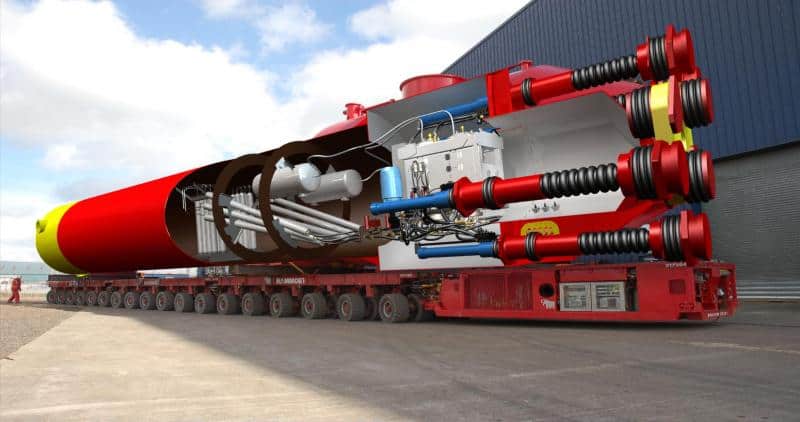 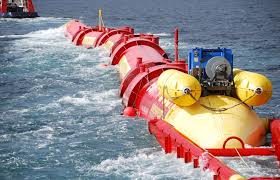 The Pelamis absorbs the energy of ocean waves and converts it into clean, green electricity.

The Pelamis is an offshore wave energy converter that uses the motion of waves to generate electricity. The machine operates in water depths greater than 50m and is typically installed 2-10km from the coast. The machine is rated at 750kW with a target capacity factor of 25-40 per cent, depending on the conditions at the chosen project site. On average one machine will provide sufficient power to meet the annual electricity demand of approximately 500 homes.

How the Pelamis Works Image

How the Pelamis works

The Pelamis machine is made up of five tube sections linked by universal joints which allow flexing in two directions. The machine floats semi-submerged on the surface of the water and inherently faces into the direction of the waves. As waves pass down the length of the machine and the sections bend in the water, the movement is converted into electricity via hydraulic power take-off systems housed inside each joint of the machine tubes, and power is transmitted to shore using standard subsea cables and equipment.

Each of the power take-off units at the joints of the machine are identical, and operate independently from each other with redundancy of all main components.

The power take-off system is driven by hydraulic cylinders at the joints, which resist the wave-induced motion and pump fluid into high pressure accumulators, allowing generation to be smooth and continuous.

Control of the resistance applied by the hydraulic cylinders allows generation to be maximized when waves are small, and the machine response to be minimized in storms.