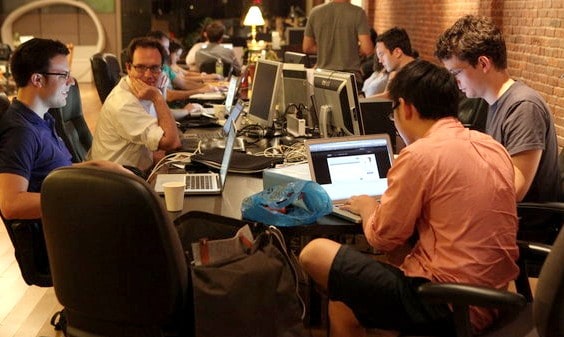 Who needs sleep when there are start-ups to launch? Between endless e-mail conversations and talkative co-workers, getting actual work done during the day isn’t always an easy proposition.

The New York Times has an interesting article about a group of entrepreneurs, freelancers, and software developers who have come up with a nocturnal solution to that problem.

Calling themselves the New York Nightowls, this group of roughly 30 techies meets every Tuesday night from 10 p.m. until about 4 a.m. to to work on pet projects and side ventures that they normally don’t have the time to focus on during the traditional workday.

As one of the group’s co-founders explains, “It’s six hours of uninterrupted, productive time where you’re surrounded by other creative people doing awesome things.”

The concept of late-night work sessions seems to a perfect fit for New York, it is the city that never sleeps after all, but similar groups have also formed in nearly a dozen cities including San Francisco and Boston.

Photo by The New York Time.