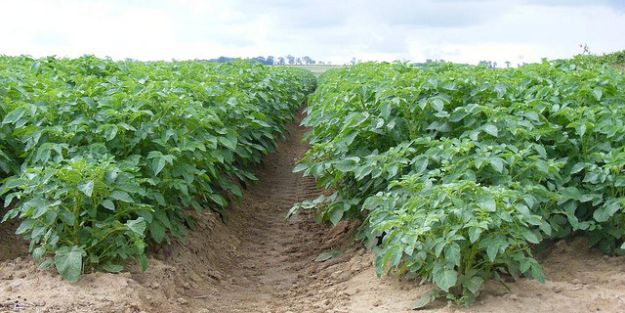 Jones said he was motivated to create the E-Sorter because he wanted to give growers a better option at a better price. He said there are a of lot high-tech sorting/grading machines with expensive computerized scanners and cameras that were designed with the process in mind, but not the grower.

â€œI started working on this idea while I was still farming,â€ Jones said at his booth on the Potato Expo trade show floor. â€œI worked on it for three years then and another five after I got out of growing.â€

The one thing that Jones would not compromise on was the cost of the machine. Consequently, affordability became the No. 1 item on a checklist of six considerations he calls â€œcritical attributes.â€

â€œIf the growers canâ€™t afford to buy the machine, itâ€™s no good to anyone,â€ he said.

The other five attributes on his list are: consistent accuracy, serviceability, intuitive operation, scalability and adaptability. Jones said his commitment to his six critical attributes slowed the development of the E-Sorter.