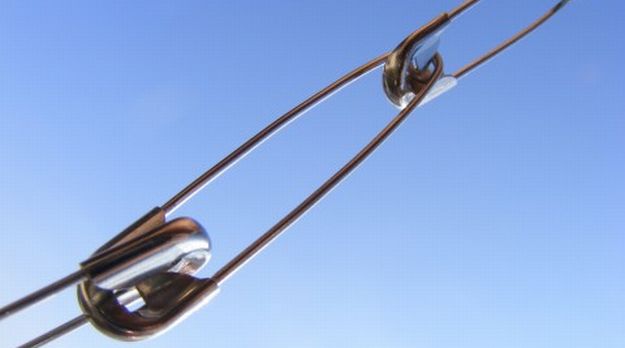 Walter Hunt was trying to find a way to repay a debt. While nervously wrapping a wire around his finger, the idea suddenly hit. It soon became the dress pin, later known as the safety pin.

It was one of many Hunt inventions, including the sewing machine, knife sharpener, a streetcar alarm bell and a device that helped launch the Winchester repeating rifle and revolving pistol.

Though a prolific inventor, Hunt (1796-1859) toiled in obscurity, selling many of his ideas before they turned into mainstream items.

In his patent filing for the safety pin, Hunt described the invention of “a pin made of one piece of wire or metal combining a spring, and clasp or catch,” in which the point of the pin is securely retained.

Having the sharp point of the pin protected by the safety clasp was a key advancement.

He described the “perfect convenience of inserting these pins into the dress” without wounding the finger, or for nursery use.