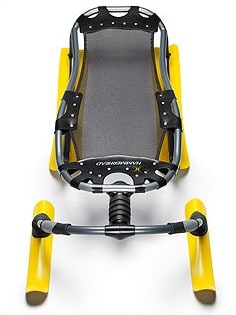 Steve Luhr worked in medical equipment sales but yearned to become an entrepreneur. When a rival firm bought out his employer in 2002, Luhr received eight months’ notice and the motivation to do his own thing.

Luhr, who lives in Shelburne, Vt., enlisted Minneapolis product designer Bob Worrell to brainstorm on a sleek reimagining of the traditional runner sled.

Luhr thinks this season will be even better. “So far we’ve spread mostly by word of mouth,” he says. “We hope that local success will help us raise the $300,000 to $500,000 needed to roll out nationally.”