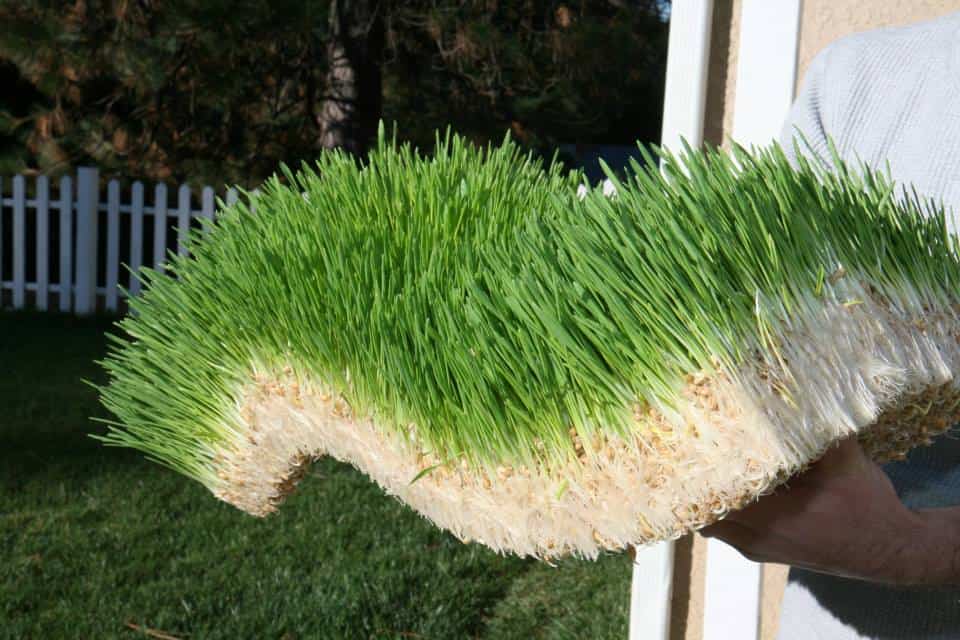 If you’ve been keeping up with this site for any period of time, you probably know that when I’m not blogging, I’m farming.

What you may not know is that I’m also an agricultural entrepreneur. I’ve been experimenting with barley fodder for the last few years and have developed a simple, cheap and automatic system to grow as much of it as I need in a very small space.

Barley fodder is grown by hydroponically sprouting a tray barley seeds, and allowing them to grow a thick root mass and 8-10 inches of green grass all in seven days. 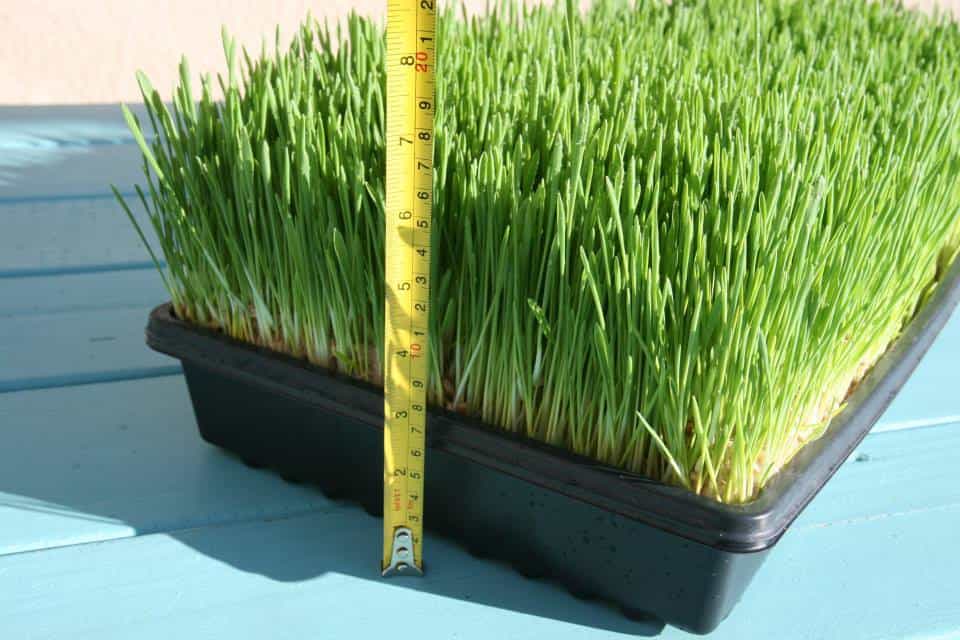 The process is very simple, I soak and drain about 2 lbs of barley seed and then place it in my system where it is automatically watered multiple times per day. Seven days later, I have about 12.5 pounds of barley fodder. All of this growth takes place completely without soil and without any inputs other than plain old water. I personally don’t use organic grain, but you easily could, and then all of your livestock feed would be organic. 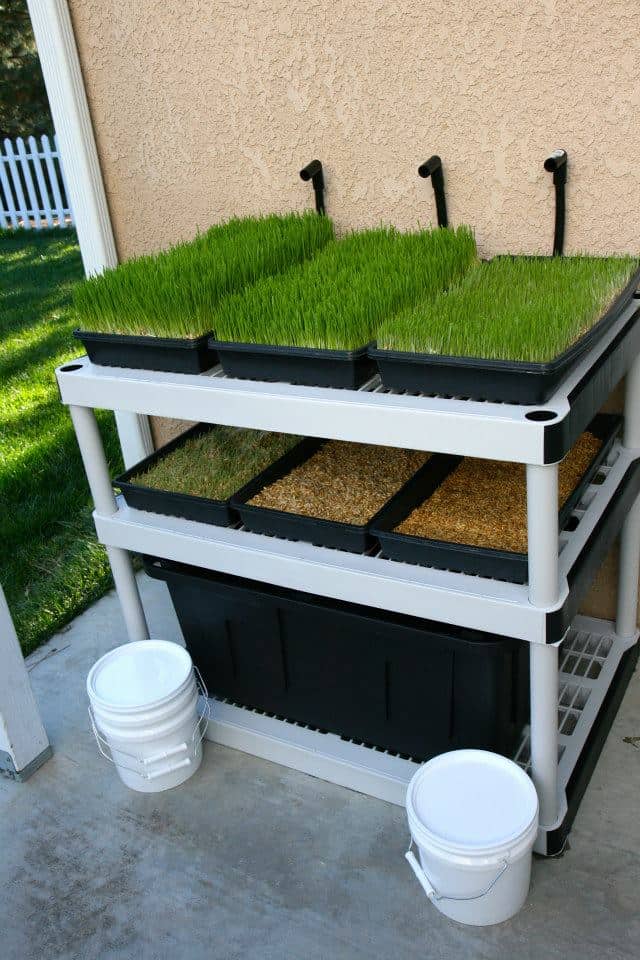 According to scientists who study such things, barley grass is much more digestible than corn and has almost as many vitamins and nutrients. (All I know is that my chickens love it and are thriving on it.)

Locally, I have to pay $23 a bale for alfalfa and $25 dollars a bag for chicken feed.

All of this is probably interesting, but you most likely don’t have 60 chickens to feed.

But here’s what you do have: neighbors! 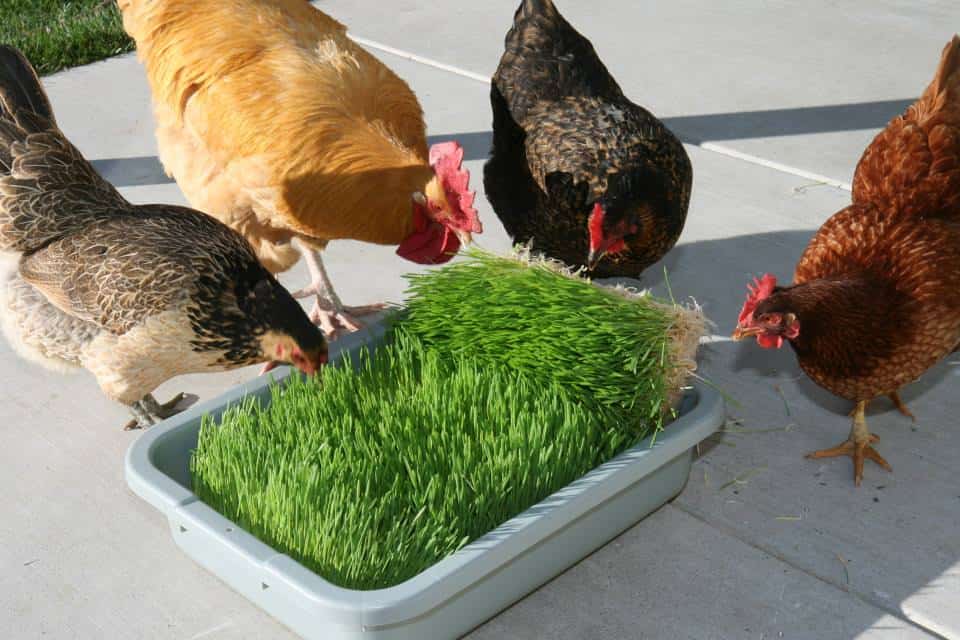 Backyard chickens are incredibly popular. Tons of people are “preppers”, homesteaders or just people who care passionately about what they put into their bodies.

I haven’t found barley fodder to make financial sense for large scale operations, but for the person with a flock of backyard chickens, some goats, pigs or whatever, who wants to be as self-sufficient as possible, barley fodder is an awesome way to go. 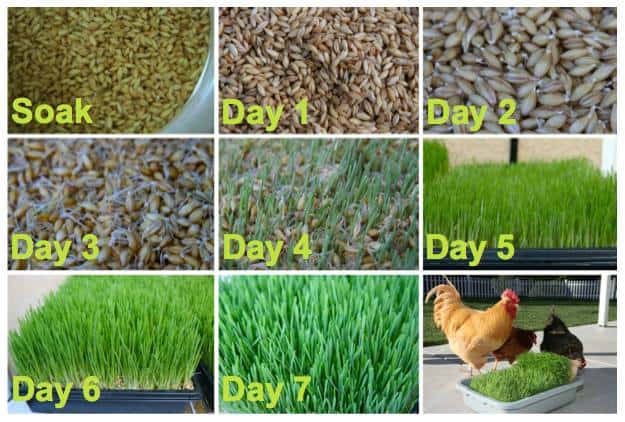 But now I’m starting to get inquiries from all over the United States, and it’s not really possible for me to profitably ship the systems.

Are you looking for some extra money? Can you follow simple instructions and own a drill and a saw? If so, I’d love to make you my partner in your local area. My cost per unit is about $100 for the $200 system and $125 for $300 system.

These things sell themselves. There is competition, of course, but I think it drives sales rather than steals them, because most of other comparable systems are in the two thousand dollar range.