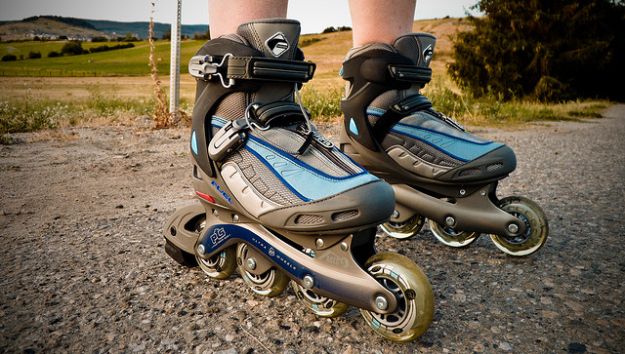 Scott Olson has moved on from his Rollerblades invention to a new transport system that is powered by passengers, reports The National.

The futuristic proposal is basically a monorail with pods propelled by passengers pedalling or “rowing” the capsules.

Mr Olson’s company, SkyRide Technology, also plans to include electric capsules that travel on rails using energy drawn from solar panels. The company has a presence at the World Future Energy Summit in Abu Dhabi this week.

Mr Olson suggests his system could also be used at university and corporate campuses and even for large-scale urban transport.

“Hopefully this will change how people think about transportation and … get people off the ground and off of the roads,” he said.