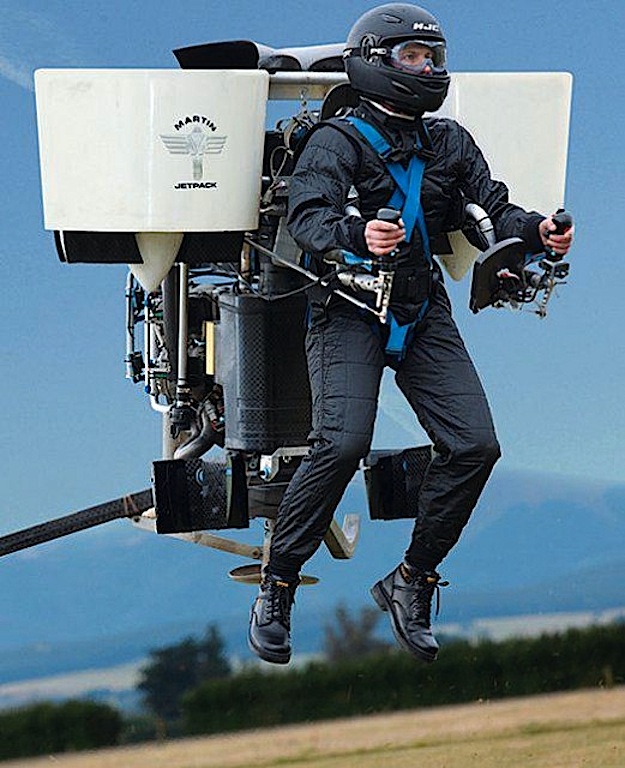 If you have an extra hundred grand, you’ll be able to rocket through the air in 2012 when the Martin Jetpack is available for purchase:

In order to make it publicly available, Glenn Martinâ€™s jetpack had to be tailored around the FAAâ€™s ultralight standards, which mean that its speed was limited to a maximum of 63mph and its maximum flight time limited to a mere 30 minutes. The good news is that due to it being in the ultralight category, should you decide to get your hands on the jetpack, you will not be required to have a license of any sort.

For those who forgot, the Martin jetpack is powered by a two-stroke, custom-designed gas engine spins a pair of ducted fans that generate thrust, and an entirely electronic, fly-by-wire system, which replaced the original cable-and-pulley steering system. A cellphone-sized flight-control unit (commonly used in Predator UAVs) allows the jetpack to set bounds on pitch, roll and yaw, and in general helps to steady the flights.