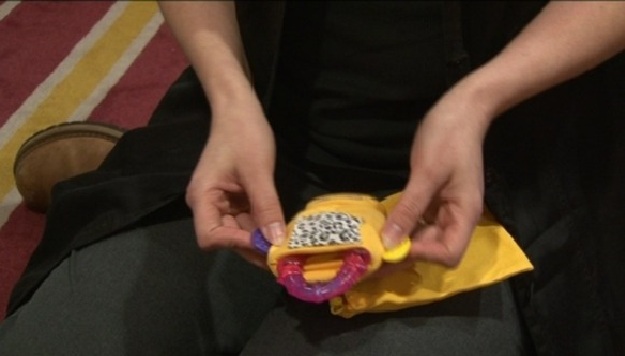 Parents everywhere know how frustrating it is when your baby keeps picking up toys or anything else it can get its hands on, and puts them in its mouth. Well, a mum from Cornwall has invented a new kind of teething toy which could be about to appear on High Streets everywhere.

They might lack coordination but most babies will always find their fingers to chew on. And that’s the background to the ingenious new toy created by a Calstock Mum. Inspired by her own son Jimmy, the Gummee Glove might look like a simple idea, but it’s the first of its kind in the toy world.

One day the fact that he was sucking on his anti scratch mittens, I thought he needs a teething mitten, and I went shopping for one and found nothing existed, so I decided to make my own â€“ JODINE BOOTHBY Inventor