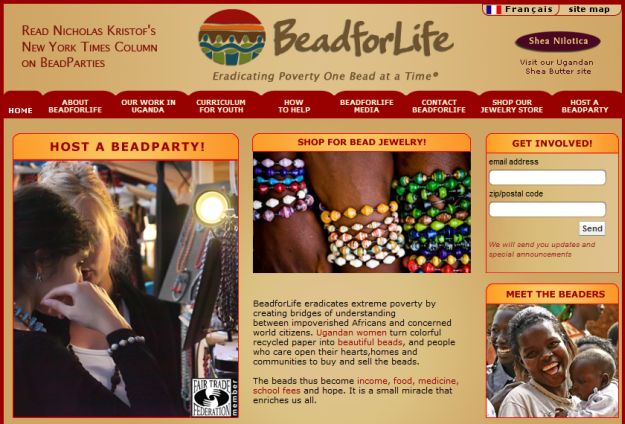 Mary Ogwang used to live in in a one room house made of metal in Uganda. Her husband, a police officer, only brought home $2 a day. Then Mary heard about BeadforLife. That was where she found the opportunity to make enough money to start her own business making clothing. From there she’s been able to expand on her home and create a side business as well, reports Forbes.

Ogwang is a BeadforLife success story.

The nonprofit, like many international aid organizations, understands that one of the best ways to alleviate poverty in developing nations is to help women become entrepreneurs whose incomes can lift the entire family’s standard of living. But BeadforLife, which was founded six years ago, also has learned that some women are far more adept at running businesses than others, and that it must identify early on those most likely to succeed if it wants to achieve good results. The group has created an 18-month entrepreneurial program that targets women who are ambitious and innovative and helps them launch profitable ventures.

“Instead of just doling out money, we want to identify women who can use the bead-making skills we teach as a stepping stone to do something more,” says Torkin Wakefield, co-executive director of BeadforLife.

But their chances of success depend on the same traits as entrepreneurs in Silicon Valley or Shanghai, Nakhooda adds, namely “having a dream, a focus and being extremely hard-working.”