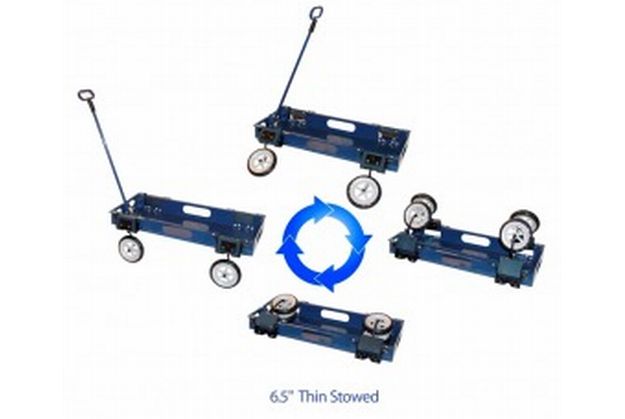 Richard Shapiro would often see people traveling with their child’s wagon, and having trouble fitting it into their vehicle. That is when a light bulb went off in his head, and he redesigned the wagon for easier transport. How he has licensed his design to Radio Flyer.

For the past 10 years, Shapiro, a personal injury lawyer who works and lives at the Beach, has dabbled at inventing a wagon that’s easier to carry and load.

Last month, his designs finally rolled onto the market.

Radio Flyer, one of the nation’s top wagon manufacturers, signed a licensing agreement with Shapiro and began selling two models that include one of his inventions – a handle that folds over and into the wagon.

At the same time, Shapiro began selling a version on Amazon.com that goes one step further: The wheels also fold into the wagon, which can be carried by handholds on its sides.

“It has definitely not been an overnight sensation,” Shapiro said in his office last week. “I laugh when I read about people who get an idea and a year later they’re selling it. They make it look so easy. This isn’t what happened to me.”

Shapiro, 52, said he’s learned a lot since he began his pursuit. “I couldn’t even draw a straight line when I started,” he said. His current sketches are architect-crisp and immaculate.

“I studied hand trucks, wagons and anything else that folded,” Shapiro wrote on his website. “I looked at ideas everywhere. I built mock-ups in my garage out of cardboard, wood and foam insulation.”