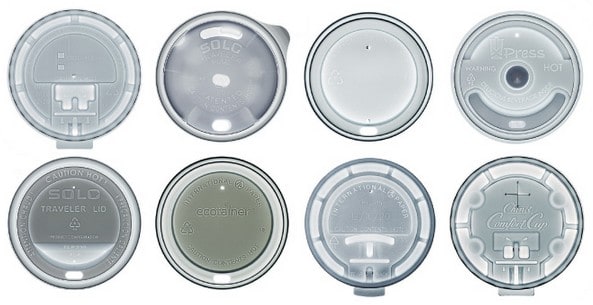 According to Bloomberg Businessweek, we are living in the golden age of coffee lid design.

The breakthrough lid, Solo Cup’s Traveler model, made its debut in 1986 and is now part of the Museum of Modern Art’s permanent design collection.

“Initially the Traveler lids were a tough sell, on account of its higher price,” says Solo spokeswoman Louise Beyer. Then Starbucks picked it as their go-to lid, and the rest is history.

The coffee lid market is valued at roughly $180 million, according to a recent study by Chicago research company Technomic. Last year 14 billion lids were sold in the U.S. alone.

Designers keep coming up with more elaborate versions. New York-based architect Louise Harpman has what may be the largest collection of independently patented “drink-through plastic cup lids” in the U.S.—132 and counting. She recently acquired a lid that harnesses steam to warm chicken and biscuits placed on top of it. “That’s where it’s going,” Harpman says: “Lid-cup stratification assemblies.”

A Syracuse student has developed a “caddy” lid with slots for creamers and sugar.

Another concept, Coollid, features a built-in reservoir which cools a mouthful of coffee by separating it from the rest of the chamber.