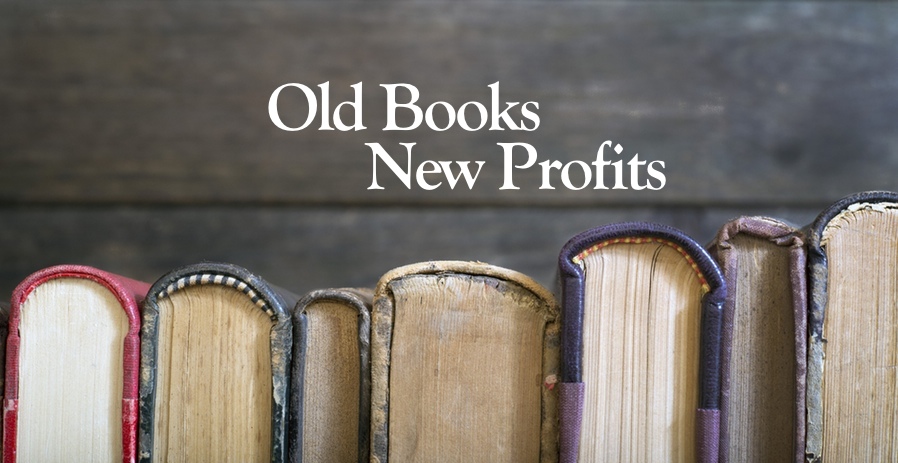 Do you like to read books?  Are you an avid reader that is consistently buying books at bookstores, Amazon.com, yard sales, book sales, etc?  If you’re like me, I have tons of books that I buy usually brand new, read (or at least try to get time to read) and then let sit on the shelf.  It wasn’t until a few years ago that is where they sat.  They just sat on the shelf collecting dust.

I would occasionally walk by and notice them and think to myself “Maybe one of these day’s I’ll get to reading them again.” You know how that goes. Months would go by and they would still be sitting there taking up space. I thought to myself there’s got to something I could do with these books to get them out of here but no one wants a used book, right? Should I donate them to get a tax write-off or look into selling them? I chose the latter and I’m so glad I did.

I chose to sell books on Amazon. I’d seen the Used section that is under every book on Amazon and wondered to myself how people get their books on there. After a little research and tinkering around I was finally able to get my first books on Amazon. I couldn’t believe I could charge $10-$20 for used books that I thought had no value and I especially couldn’t believe when they actually sold within hours! My books were selling faster than I could list them for! It was amazing!

Little did I know that I would continue on this path and starting buy books for the purpose of resale. It was then that I considered myself a full-fledged online bookseller. I was snatching up books left and right as quickly and as cheaply as I could at used book sales, Salvation Army and Goodwill thrift stores, yard sales or wherever I thought I could find books for a dirt cheap price. I really didn’t have that hard of a time because I found out that most people thought the exact same way I did prior to my discovery. People just didn’t think that a used book had any value anymore. Friends and family were actually GIVING me books which I was turning around and selling for HUNDREDS!

Selling books on Amazon is something that I have perfected over the few years that I have been doing it. It is an extremely easy, low risk, no capital required way to bring in a few hundred extra dollars a month to branching out to make it a full time business! If you can acquire enough books then you can make as much money as you want! I’ve got to the point to where I’ve grossed close to $8,000 month just working part time. Did I mention I’ve been doing this on the side?

To get started selling books on Amazon, here are a few things you’ll need.

I hope that I have at least sparked a fire in you to get out there and get started! If you’ve never thought of selling used books think again. Selling used books on Amazon can be one of the most rewarding businesses that you’ll find and with some initiative and some hard work I promise that it will pay off in spades.