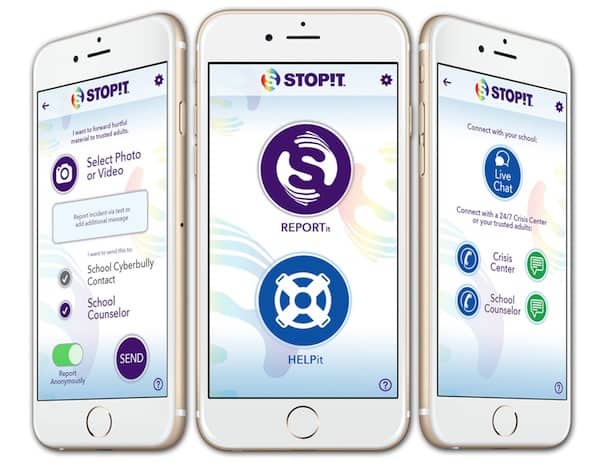 For entrepreneurs, sometimes is just takes a little extra motivation to get the ball rolling. For Todd Schobel, it wasn’t just about making money, but making a difference.

Amanda Todd was just 15 years old when she committed suicide. Prior to her suicide, she posted a video to YouTube about being bullied. By holding up flashcards, she explained how she had been the victim of bullying by classmates and strangers.

This inspired Todd Schobel, a father who, prior to seeing the video, had never heard of cyberbullying – but realized he might have a solution to help. So he launched an app called Stop!t, a way for students to anonymously report bullying.

The app allows students to report cyberbullying with just a single click, without even having to launch the app. A newer version will also include an option to report traditional, in-person bullying by taking a picture or video.

Stop!t is also being adapted for universities for reporting attacks on campus. With just the push of a button, students will be able to alert campus security. It has been adopted by 78 schools in 13 states and has raised $2.6 million to scale in school districts as well as college campuses and the workplace.  This is likely to help promote internet safety for children and teens, which has an ever growing concern.

If you’re still trying to come up with an idea, use Schobel’s story as inspiration. What can you do to make a difference?

Is Your Small Business Ready for an Employee?