Business Opportunities
Home Casino How Do the World Cup Games Affect the World of Business? 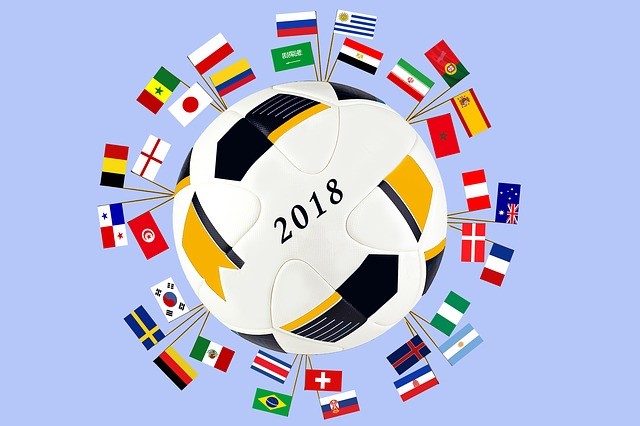 Nearly 3.5 billion people watched the World Cup games this year. In terms of revenue, one of the biggest winners, of course, was FIFA. That organization came in with a $6.5 billion win in projected revenue for the 2015-2018 cycle. The soccer club Manchester United raked in $4.1 billion. There were other free spins, too, including television broadcasters.

But did your small business win or lose as a result of this year’s World Cup games?

RELATED ARTICLE: 15 FUN ACTIVITIES YOU CAN DO WITH YOUR EMPLOYEES

The sport is called football in most of the world. Only in the US do fans refer to the game as soccer. Regardless of which name you call it, a sport in which the whole world participates cannot fail to be riveting entertainment.

As novelist Fredrik Backman points out, “Soccer is a curious game, because it doesn’t ask to be loved. It demands it.” Therefore, soccer fans are a passionate crowd. They famously riot in the streets, whether their team wins or loses.

It’s no wonder they anticipate the games with ever-heightening intensity. Then they watch with great interest. And after the winners and losers have been decided, they quite literally “tear it up.”

Why All the Excitement?

There’s a reason for all this frenzy. Behavioral scientists refer to the phenomenon as “sports fanaticism.” As it turns out, there’s an entire field of study devoted to learning all about it.

Scientists have learned that if you’re an ardent sports fan and your team is doing well, you derive all kinds of positive emotions from their wins. You have a sense of belonging. Your whole life looks better to you. The scientists refer to this phase as “BIRGing.” In other words, you’re Basking In Reflected Glory. You’ll say things like, “We won!” Or, “Weren’t we great out there?”

On the other hand, when the home team ain’t doing so great, you could be “CORFing.” That acronym stands for “Cut Off Reflective Failure.” In that case, it will be “they” who lost. You’ll try to distance yourself from “their” failure as much as you can.

How the Games Affect Big Business…

The financial markets appear to suffer temporarily during World Cup games. For example, during the 2010 games, trading volumes fell 75 percent in Brazil on the day that nation’s team was playing in the World Cup. In Chile that same year, trading nearly stopped while Chile’s team was playing, falling by 99 percent.

Some small-business owners complain of lost productivity and poorly explained absences during major televised sporting events such as the World Cup. Others try to use these events to boost long-term engagement.

For example, Neal Taparia, then Co-CEO of Imagine Easy Solutions, decided to go with the flow instead. He says his company showed the 2014 games on a big-screen TV in one of their conference rooms.

The result? “The energy around the office is awesome,” Taparia reported. “Everyone feels more connected to their co-workers and the products we work together on. It’s made a big difference.”

The Dark Underbelly of the World Cup Games

The ugliest aspects of the beloved game appear around its periphery. According to Ethan Rowe of the casino gambling aggregator site Casinobiggestbonus, “Online gambling firms see the World Cup as a great opportunity to acquire new customers not only for their sportsbook product but for other verticals, too, like online casino and games.”

It should come as no surprise that some fans choose to enhance their excitement over the games by “having a little flutter” on the games they’re watching. But gambling addiction is no joke. It ruins lives and families and disrupts business. Perhaps it even touched your business this year.

That’s why the UK the Gambling Commission carefully investigated the behavior of gambling firms during the World Cup. Further, the UK’s National Union of Students, or NUS, partnered with Gamban to block gambling sites.

The next World Cup games will be held in Qatar in 2022, four years away. Airlines are already exhorting fans to book their flights at least two years ahead.

As a small-business owner, shouldn’t you begin preparing now, too? How will you better manage your employees’ excitement around the World Cup games of 2022?

Carrol Strain is a Top Rated Premium Plus copywriter on Upwork, as well as an editor and on-call writer for the Business Opportunities blog.

Managing Fear and Greed When You Invest in Cryptocurrency