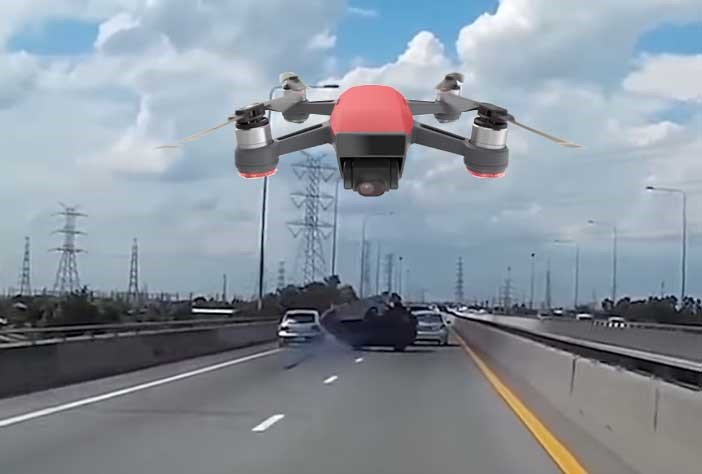 One of the industries that is starting to embrace the use of commercial drones is insurance. The goal is to use drones to collect strategic data. This will help insurance companies to manage risk more effectively. There are also drone applications that help reduce costs by delivering more precise claim management. Therefore, the next time you see a fire or a car wreck, you might also see an insurance agent deploy a drone.

Commercial Drones Have Grown in Use in Recent Years

The use of unmanned aerial vehicles, or UAV’s, has exploded in popularity over the past few years. The Federal Aviation Administration estimates that nearly 3 million drones could be in the skies by 2022. Moreover, about 450,000 will be in use for commercial activity, including in the insurance industry. Some current commercial uses include:

The commercial use of drones is expected to reach $13 billion by 2020. This is according to data compiled by https://youngamericainsurance.net/. As more and more industries find the value and cost savings in commercial drones, that number may reach $100 billion in less than 20 years.

The Insurance Industry Uses Commercial Drones in a Variety of Ways

Insurance is one industry that has fully embraced unmanned aerial vehicles. For example, at the scene of a major claim, such as a warehouse fire, drones can get a 360-degree view of the damage. This helps reduce fraudulent claims. Therefore, drones lower the cost of premiums for all businesses. In the future, more and more insurers will use drones to examine claim scenes. This is especially the case for large disasters such as fires and explosions.

Drones are also cost-effective. Most pay for themselves after the first claim evaluation. That’s because they are inexpensive to maintain and use. In comparison, human investigators often charge an insurer more than $100 per hour.

They are also impartial and don’t lie. The data they collect can be used in a court of law to help prove a case or demonstrate fraud. This is one of the main reasons more insurance companies are set to launch investigative UAV’s in coming years.

More Insurance Companies Are Applying for FAA Permits for Drones

Since 2015, several national insurers have obtained FAA permits to fly commercial drones. Most collect data. Or they respond to catastrophes, conduct research and development, and resolve claims. In the next few years, more nationwide and regional carriers will apply for FAA permission to use commercial drones. The main reason behind the surge is costs savings. Even if a drone can help reduce fraud by only .05%, that is an overall huge savings for larger companies.

Drones Can Get Aerial Views of Disasters

Within a couple of minutes, a drone can be deployed at a crash scene and take aerial views of the area. This helps investigators put together a more accurate analysis of what happened. For example, if a big rig crashes into several cars, commercial drones can take photos from above that show the entire scene. This technology allows a “big picture” analysis that can provide key evidence in court.

One company that has led the way is Insurtech. They have used commercial drones to conduct thousands of rooftop inspections in the last several years. These inspections are made possible by their fleet of more than 6,000 specialized drones.

The company also has a partnership deal with Loss Control 360. The deal allows Insurtech to tap into the company’s insurance software. They then use this software for inspections and claim evaluation. Another startup out of New York called Verify intends to offer “on-demand” drone flights targeted at the insurance market.

One national insurer, Allstate, has been a leader in drone usage. They hope to save serious money by using them. The company claims to have used drones to significantly reduce the time it takes to give repair estimates. In the past, repair estimates often took weeks. Now, Allstate can do them in about 4.5 days. With the success of Allstate, other companies such as Farmers and State Farm have begun to embrace the new technology.

Drone Deployment Is Quickly Evolving in the Insurance Industry

Insurers are finding more ways to use drones. Deployments are quickly expanding with new applications, such as:

Drones are used to assess residential and commercial property to give more accurate premium pricing.

Drones can go into dangerous areas, such as floods, and gather critical footage.

Drones give safe and fast site inspections. They are also more cost-effective than human inspectors.

The Future of Insurance and Commercial Drones

One thing is for certain. More and more instant car insurance with no deposit sites will be using drones in the coming years. For claim assessment and fraud prevention, they will become indispensable. In the next few years, insurers will use drones in auto and commercial accidents to provide more accurate claim data. The future looks bright for the commercial drone industry. Moreover, many insurance companies are leading the way.