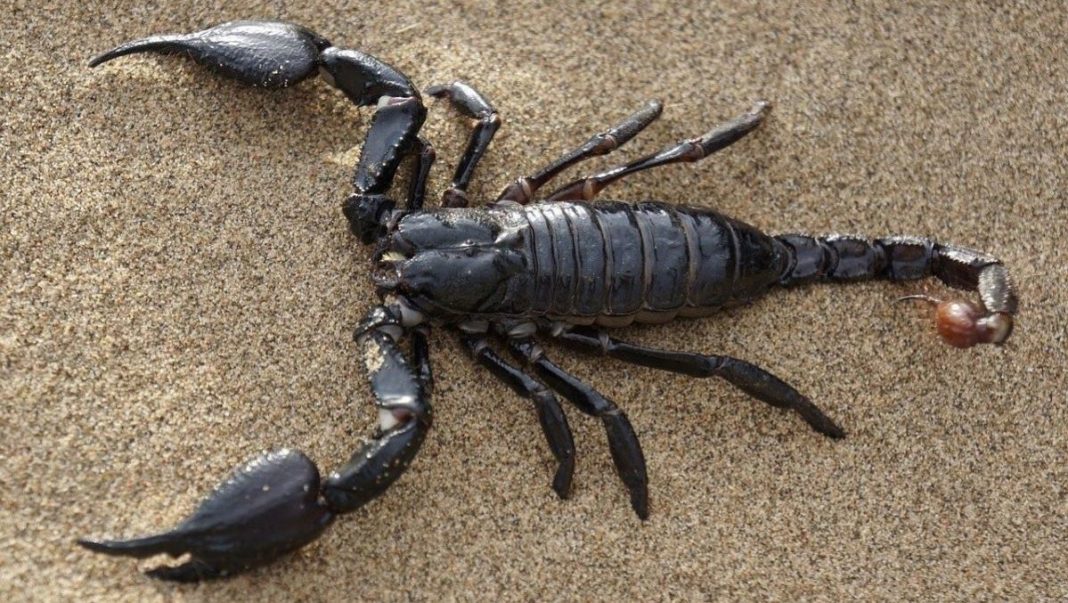 Image by andrey_barsukov from Pixabay

Most of us don’t have to worry about finding scorpions under our desks, but if your business is located in Arizona, you might need some help in dealing with them. Read on if this post applies to you—or if you’re just curious about these venomous arachnids.

Does Your Company Have a Scorpion Problem?

Scorpions may not be something the average person living in any other part of the country may be concerned about on a regular basis. However, in arid Arizona, plenty of bark scorpions abound.

And because these are the most venomous scorpion in North America, you may not want to settle for anything but the best scorpion pest control in Phoenix for help in dealing with them.

These predatory arachnids, as Wikipedia calls them, vary in size. Worldwide, they average slightly less than an inch long, and they vary in color from light brown to dark brown.

The Arizona bark scorpion can grow to as long as three inches. The young ones start off as a translucent white that darkens to a tan color as they molt and become adults.

Unlike a lot of other scorpions that have thick pincers or claws that are almost lobster-like, bark scorpions have thinner, more elongated pincers.

Where Can You Find Them?

Scorpions are nocturnal. They burrow underground to make their homes, and some burrows can be as deep as three feet. They’re also able to hide under piles of rocks, near trees and bushes, and in holes. Basically, you might find them anywhere they can find shelter from the sun.

What’s more, they might take temporary lodging in shoes or even under a pile of laundry.

They often lie in wait at the entrance of their burrows for unsuspecting prey, but they also sometimes travel long distances to hunt for food.

What About Their Offspring?

If you spot one scorpion, chances are there are more nearby. This is because a single scorpion can give birth to as many as 100 babies per brood. Moreover, those babies probably won’t stray very far from their mama, especially when they’re young.

While they’re babies, or scorplings, their mother carries them on her back until they’re strong enough to hunt for themselves. But when they’re ready, they go out into the world to make a name for themselves.

How Painful Is Their Sting?

The pain from a scorpion sting is moderate to severe, and the pain slowly decreases over time. If you’re stung, you’ll feel pain, tingling, and a burning or numbing sensation where the creature got you.

The Arizona bark scorpion is the most venomous scorpion in North America, and their stings are particularly painful. In fact, their stings can cause severe pain coupled with tingling, numbness, vomiting, or shortness of breath. Symptoms typically lasts 24 to 72 hours.

People may experience losing control of their arms or hands if they’ve been stung there. They might also experience convulsions or immobilization. Some people have described the pain as akin to being electrocuted.

That said, allergic reactions and fatalities from scorpion stings are rare. However, the elderly, the very young, and those with compromised immune systems are more vulnerable to the effects of their venom.

If you’ve been stung by a scorpion, clean the area where you were stung with soap and water. Then apply a cool compress. You might want to take an antihistamine to reduce inflammation and itching and maybe a painkiller for the pain.

How Can You Get Rid of Scorpions?

If you’ve searched online for “scorpion control near me,” then a professional pest control company will search for scorpions on your business premises or around your home and yard using the proper equipment. For instance, they might use black light technology, which causes scorpions to glow so they’re easily spotted.

Once scorpions have been located and removed or exterminated, you can prevent them from coming back by doing the following:

If you’re planning on handling scorpions by yourself, make sure to wear protective clothing. For instance, wear thick boots and gloves in case the scorpion gets near enough to strike.

If you’d rather have an expert come and take care of the problem for you, some pest control companies also offer exclusion services. This means they professionally seal possible entry points. Moreover, they’ll work with you to come up with further preventative measures to make sure you stay scorpion-free.

Digvijay Singh Kanwar, is a professional content writer and digital marketing expert specializing in finance and health-based articles. For more details contact him at [email protected]