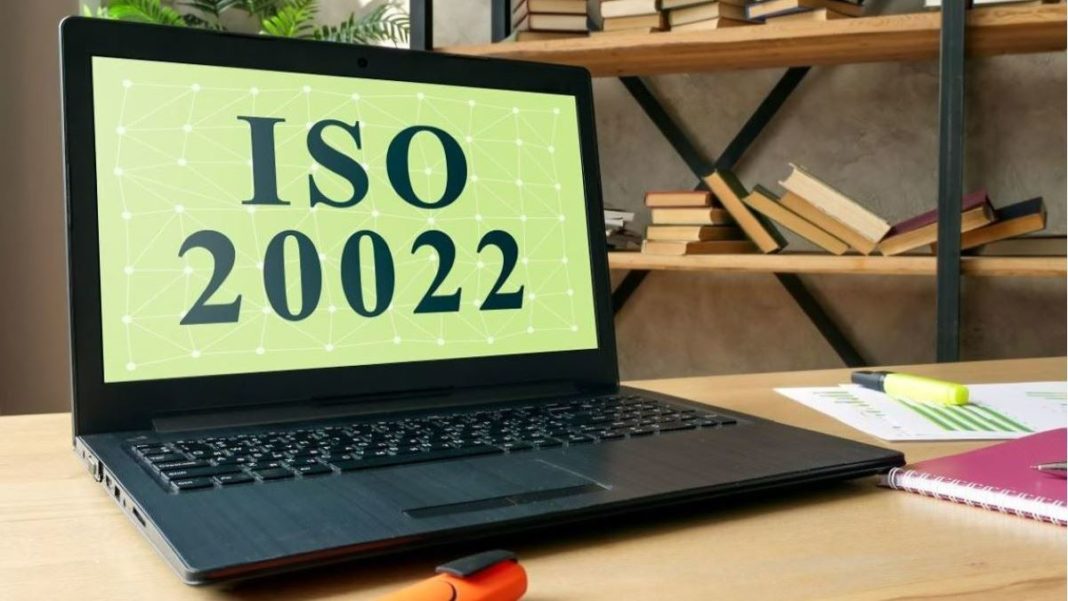 ISO 20022 is an international standard for the portrayal of electronic messages in organizations offering financial services.

ISO 20022 is an open standard that anyone can use and contribute to. It is the norm for defining consistent message standards, such as the Swiss Payment Standards, or SEPA, for business processes in the financial industry. It is a business standard that defines the technical content and deliberately ignores the technical aspects of data exchange.

Although ISO 20022 messages are mostly exchanged in XML, this international standard does not depend on any message syntax. This does not mean that it cannot be used for a different syntax, such as JSON. ISO 20022 works to meet other business or technical requirements, too. The ISO TC68 Financial Services Technical Committee is preparing this standard now.

The committee has divided this standard into five domains:

In this article, with the help of accurate information supplied by Topiacoin.io, we share important details you should know about ISO 20022.

The Advantage of ISO 20022: Clear Rules and Simple Structures

ISO 20022 has helped tackle the existing lags with previous standards. In the future, there will not be many individual standard, according to Zignaly. This not only includes new technical requirements for the formats but also rules according to which payment transactions are carried out.

Similar to the StVO, ISO 20022 creates a basis that applies equally to all market participants worldwide. Thus it makes a lot of things easier during processing. But its biggest advantage is its worldwide machine-readable format, which can be adapted by individual institutions. Even after adjustments, it is still readable by all other market participants thanks to XML.

Other advantages include its flexible adaptation and individual design. It also provides increased processing speed and very high straight-through processing (STP). Moreover, it saves on costs as well as time-consuming mappings and rework.

Everyone involved in the payment process “speaks the same language.” This additionally simplifies every transaction. The benefits and possibilities of ISO 20022 are simply innumerable.

How This International Standard Makes Sense in Financial Transactions

In the international environment, every country has so far “cooked its own soup.” Many country-specific formats make it difficult to enable direct processing from the sender to the receiver without mappings or manual reworking. Fields that exist in one format do not exist in another. This results in high costs for many cross-border companies because of the need for complex payment factories, mappings, and the associated maintenance effort.

Of course, there have always been basic rules. However, these can no longer withstand modern, fast, and increasingly complex payment transactions.

Above all, customers cannot understand why, when the entire world is networked, a payment from one country to another takes weeks to complete. On its way, correspondent banks convert it several times, incurring high fees.

In addition, increasing regulatory requirements, along with an enormously increasing demand for information, have ensured that technical structures are no longer sufficient and have reached their limits.

Because of the adjustments, monitoring, and necessary but complex system maintenance, the costs have risen sharply. Payment transactions continue to be extremely complex and inefficient on many levels.

Cryptocurrencies Compliant with the ISO 20022 Update

The ISO 20022 has remained one of the major topics of dialog for investors in recent years, even among crypto enthusiasts. Today, a key update to this standard invites investors to consider a list of potential ISO 20022 crypto tokens that could benefit from its implementation.

In a recent statement, the Federal Reserve Board (FRB) noted that the new message format will be adopted for the Fedwire Funds Service.

The gray side to this is that this recent development may not augur well with high-ranking cryptocurrencies such as Bitcoin (BTC-USD). Experts suggest that the ISO 20022 may inhibit the potential of various large crypto networks by impeding their progress toward their goal of being a universal means of sending and receiving money abroad. This is because this standard eliminates many of the advantages that many cryptocurrencies can give in a centralized setting.

RELATED ARTICLE: HOW TO GET STARTED ACCEPTING BITCOIN AS PAYMENT

The below-mentioned cryptocurrencies are ISO 20022-compliant:

The update seeks to level the playing field for digital currencies the world over. However, only cryptocurrencies that harmonize with the ISO 20022 standard can operate in a centralized framework. While many crypto enthusiasts point to cryptocurrencies’ decentralized feature, the progress made by global central banks on this front may, however, be too appealing to resist.

As a result, these tokens have more advantages as potential partners in some kind of update of the world central bank money transfer processes.