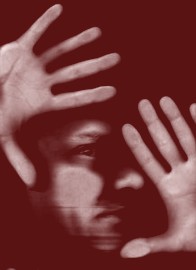 Without a doubt, an entrepreneur’s biggest fear is failing–understandably, because 95 percent of all businesses fail within the first five years, Colleen Long, a psychologist who specializes in entrepreneurship, says. When you’re starting with those kinds of odds, it’s OK to be a little freaked out.

“Because entrepreneurs typically work in a vacuum, self-defeating thoughts can become very common,” Long says. “These unconscious thoughts build upon each other, making you feel increasingly negative and scared.”

She advises keeping tabs on yourself by regularly writing a list of accomplishments. Whether you gained three new clients, received positive feedback or sealed a partnership, write it down. “Whenever those fears crop up, you’ve got a point of reference [that shows] you’re actually achieving something,” Long says.