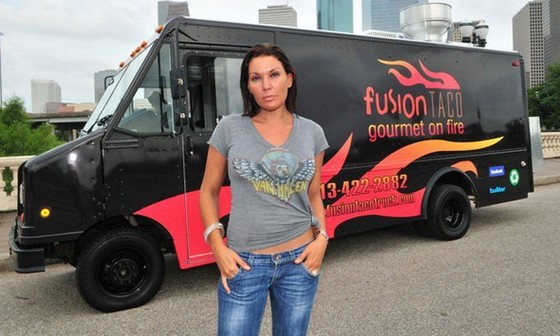 A new generation of taco trucks no longer caters to hungry workers at construction sites. Instead, these food-laden vehicles bring gourmet food to customers as their owners roll out this mobile concept rather than set up a storefront and wait for clients to come to them, reports The Houston Business Journal.

Julia Sharaby, chef and owner of Houston-based Fusion Taco, who has been in the restaurant business for 15 years, says the mobile food model provides her with lower overhead and expenses. She spent about $85,000 on her truck, far less than what she spent to get her previous restaurant concept off the ground.

“With the down economy I knew I needed to focus on high volume sales, rather than traditional restaurant sales,” she says. “I didn’t want to do anything that anyone else was already doing. People aren’t going to stop eating out but they are going to start spending less for their food.”

She plans to use Twitter, the popular social media site, to let people know the latest whereabouts of the truck when they connect to her page at @fusiontaco. And unlike the kind of bells or carnival music used by ice cream trucks that patrol suburban neighborhoods on Saturday mornings, the Fusion Taco truck plays electronic “chill out” music to attract its hip clientele.