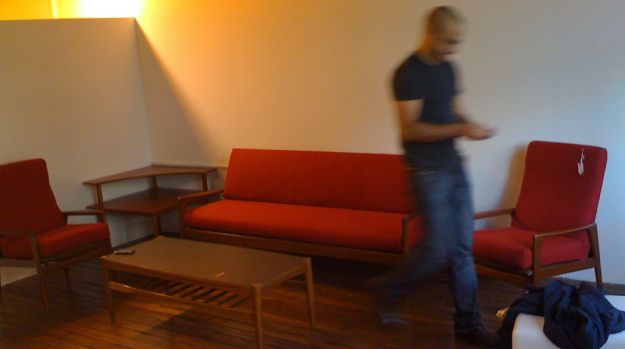 A Luigi Brusotti 1938 consul mirror, a set of 1950s Italian dining chairs and a vintage pen holder vaguely reminiscent of ET’s spaceship fill some of the nooks and crannies of Peter Levis’s BG Galleries, an antiques and vintage furniture store in Hingham.

Levis specializes in Italian, French and American designer furniture from the 1940s to the 1970s, and has more than 1,000 pieces in his inventory.

“I like to be known as having rare, hard to find items, as having things that haven’t been reproduced,” Levis said. “I want the average person to say, ‘Wow, I’ve never seen that before.’”

Before opening his store, Levis was in the insurance business. He worked for AIG for 17 years as an underwriter, working his way up to senior vice president.

Collecting antiques, however, has been a lifetime dedication. Levis’s family was in the marble business and lived in a lavishly decorated Dorchester home. While in London, Levis made weekly visits to auction houses.

Returning stateside after what he calls a “mid-career crisis,” Levis opened BG Galleries. His clientele is mainly comprised of interior designers from around the world.

Levis occasionally finds furniture at estate sales but since joining an online antique registry, many people selling their old furniture contact him. “Stuff finds me,” he said.