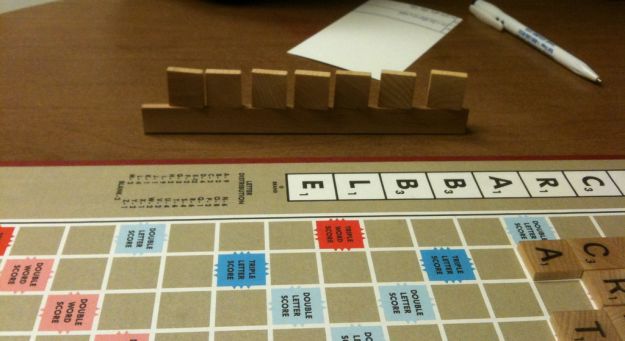 The game, called Word for Word, challenges people to form words out of 99 wooden tiles in a race against the clock.

It was first snapped up by Gibsons Games, the UK’s oldest independent games company, and was shown for the first time at the London Toy Fair last month.

Managing director Nick Wright said: “Mike gave us first refusal on his game and although we take very few from outside inventors, we immediately saw the potential of Word for Word and believe that it could well be a successor to Scrabble.”

The 76-year-old has a portfolio close to 100 and said: “To be talked about in the same breath as Scrabble is absolutely brilliant because I know it has sold more than 150 million copies.” He said his latest creation was not the first that had come to him in a dream.

He said: “It’s uncanny. I don’t know how it happens or why it happens.

“Three of my earlier children’s games were all invented while I was asleep.

“Usually it’s between 3am and 4am. I keep a writing pad and pencil at the side of my bed and whenever it happens, I just climb out of bed and scribble down the ideas that are rushing through my head.

“When I awake in the morning, the variety of component pieces, the layout and the rules are all there in front of me ready for manufacture.”